We did a round trip from Flam to Myrdal. Every tourism website told people to go to Flam and take the train to Myrdal when staying in Norway so we did! The train journey took about an hour in each direction and included tons of impressive views of the valley and waterfalls. 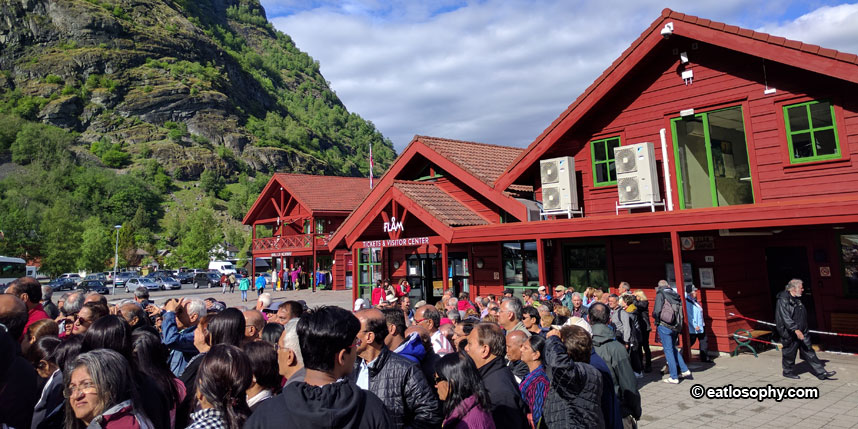 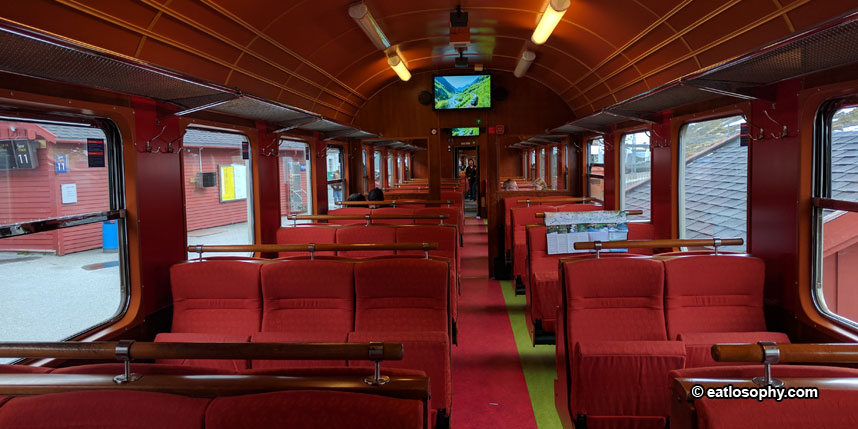 Brief stop at Kjosfossen waterfall for breath taking view of waterfalls. We had the opportunity to get off the train and spend some time at the foot of this amazing waterfall. While looking up, some music began and then a woman dressed in red appeared dancing, further up next to the top of the waterfall. It was such a great surprise! 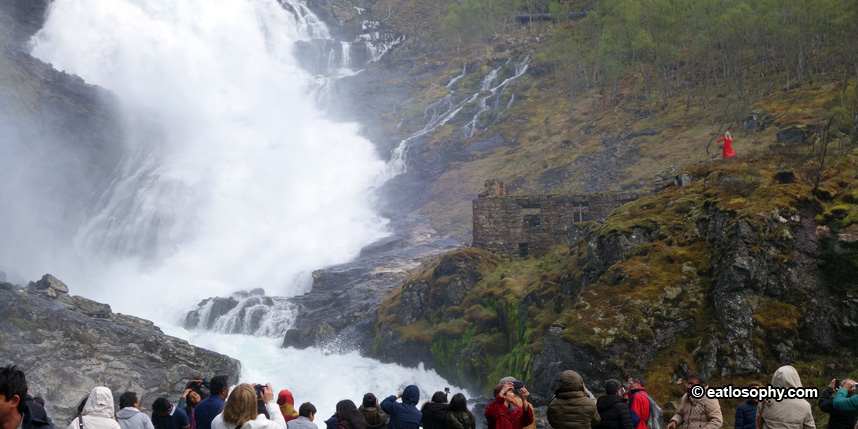 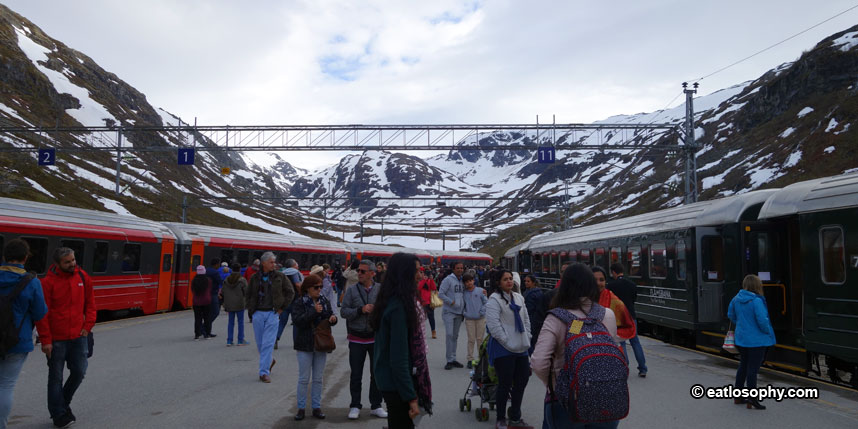 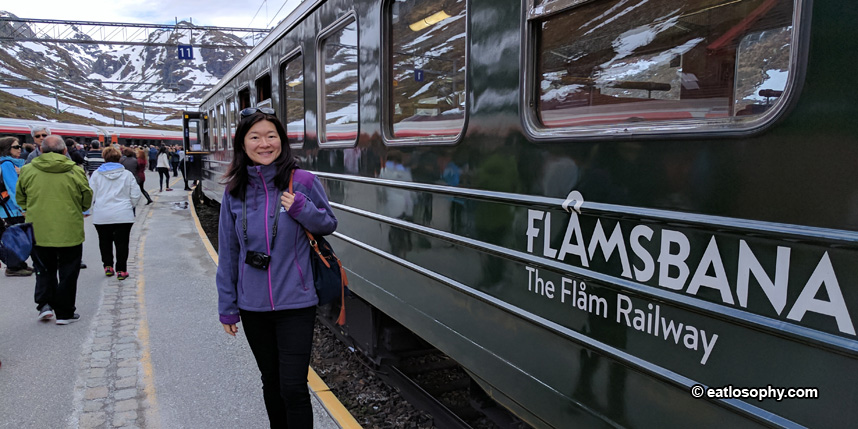 We chose the right hand side which had the more scenic views and for the return journey the waterfall was on the other side. 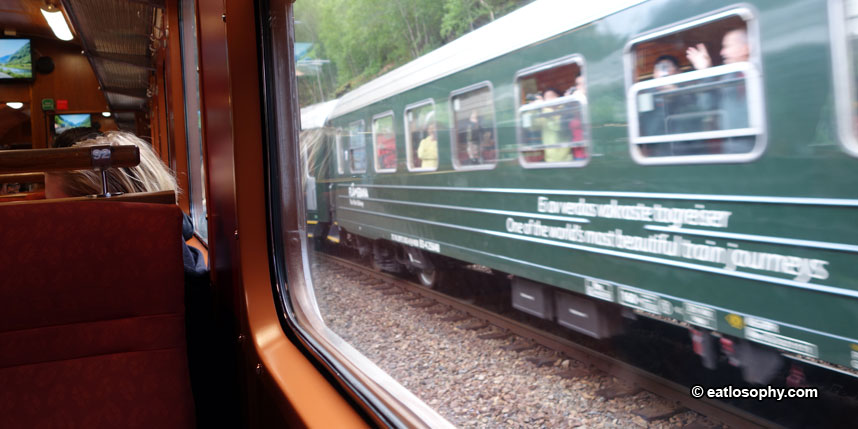 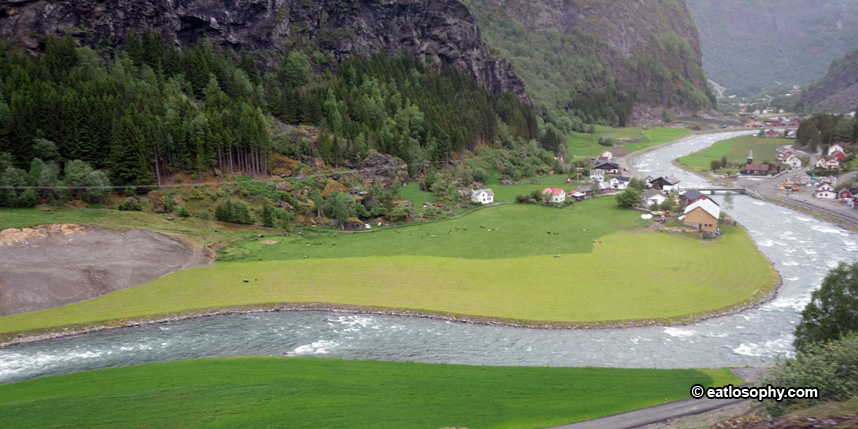 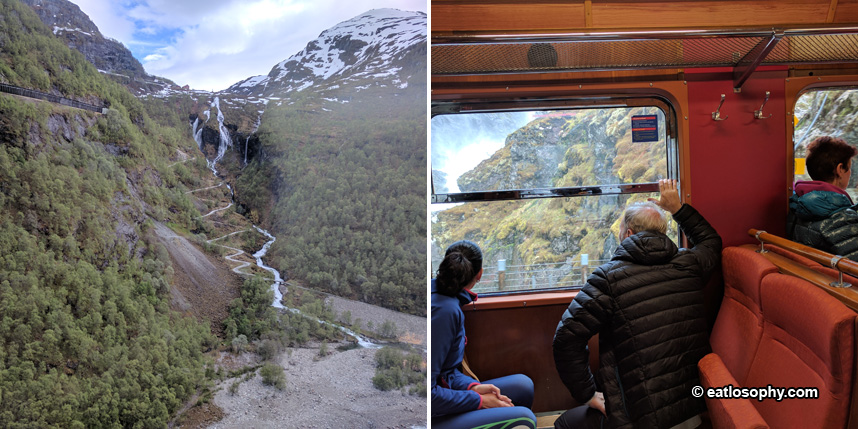 From the windows the scenery was breathtaking! Lots of little farms dotted about along the way. 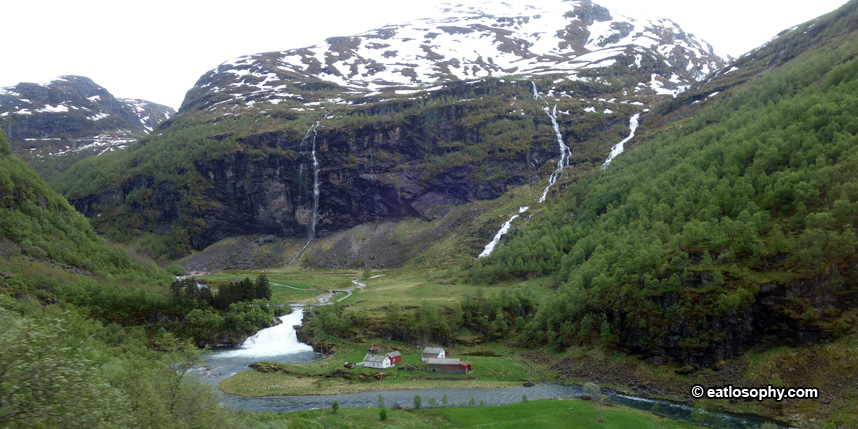 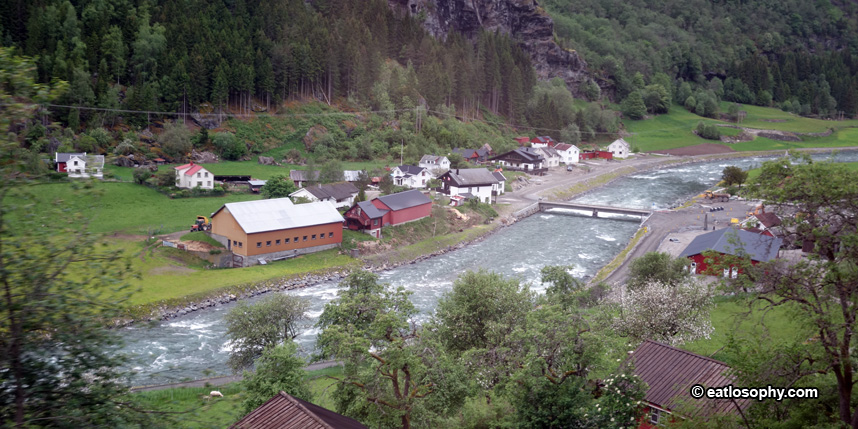 After a great trip on the Flam railway the hotel was just a few steps away. Flam was a small town, everything was central to square where the station and marina were located. 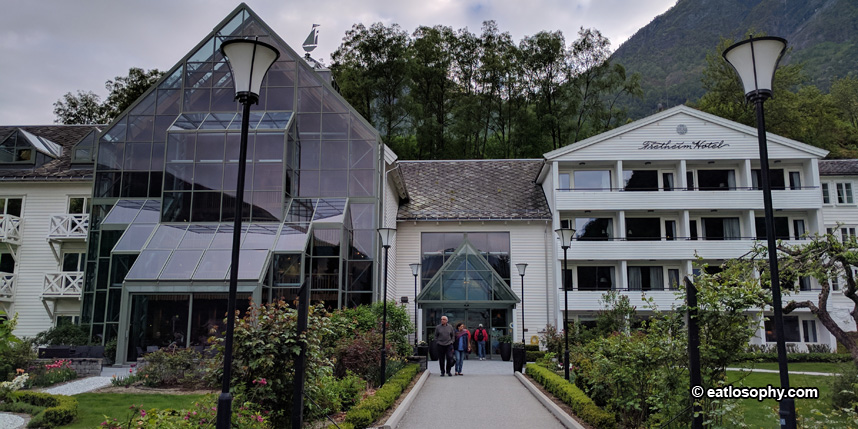 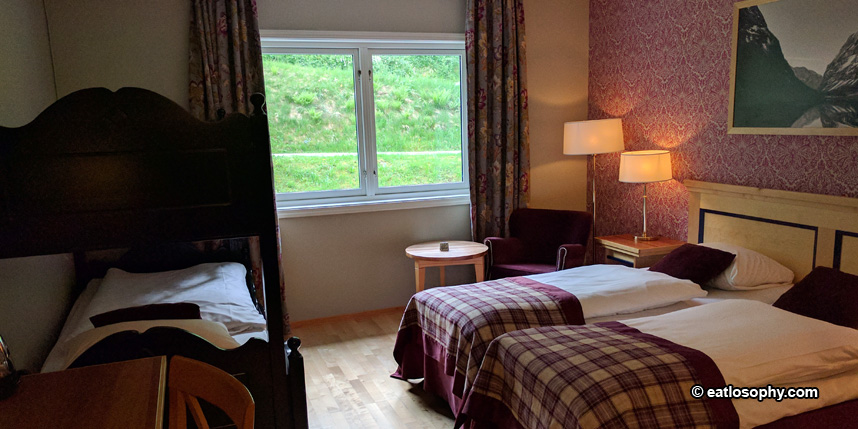 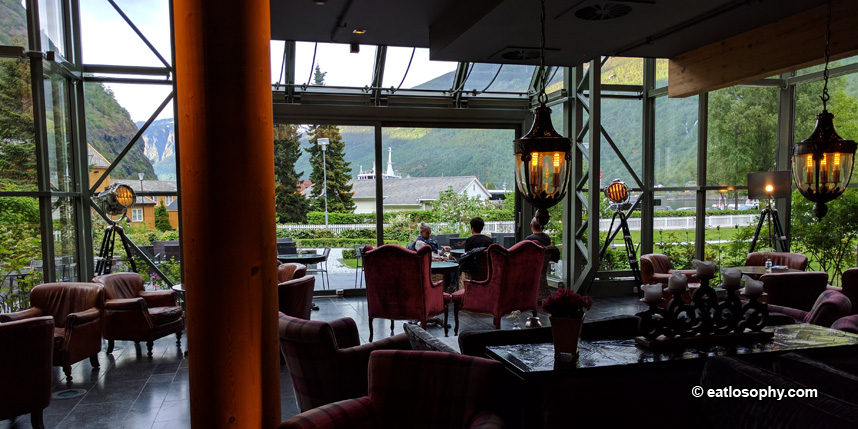 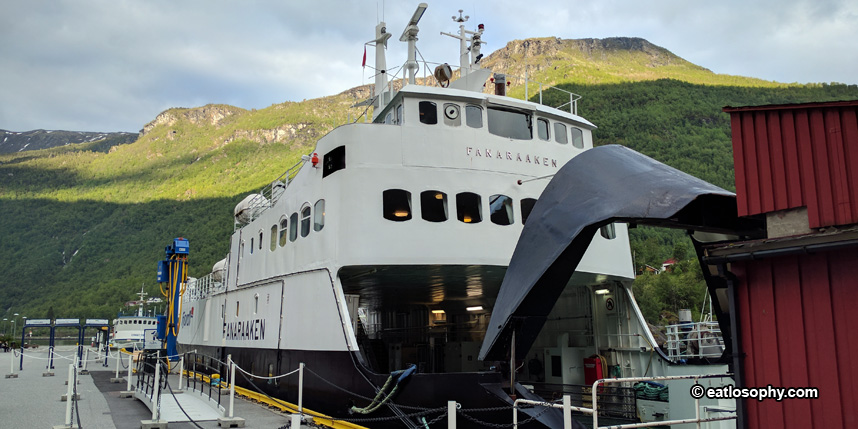 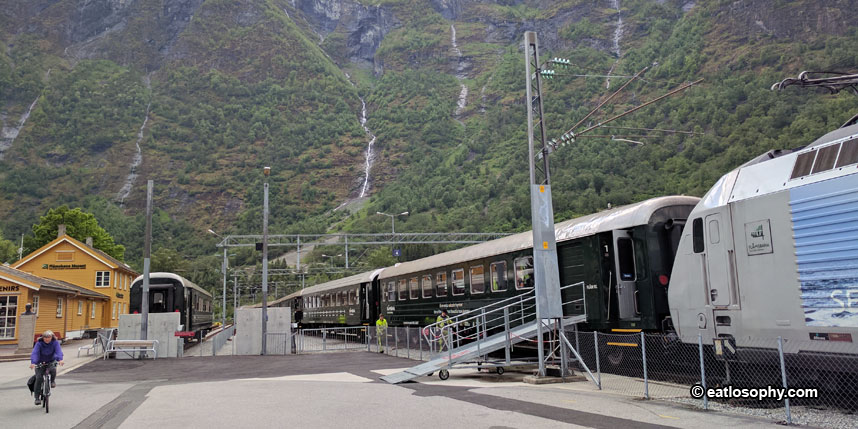 Dinner
We had the buffet dinner. There were plenty of local seafood and even had Mink whale meat. 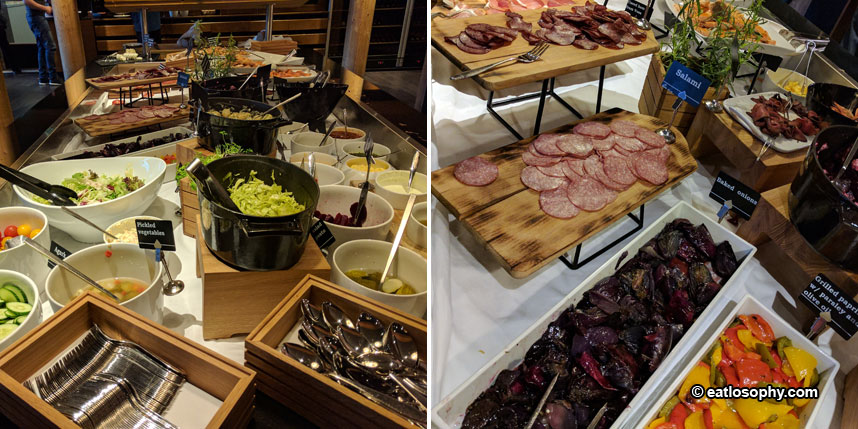 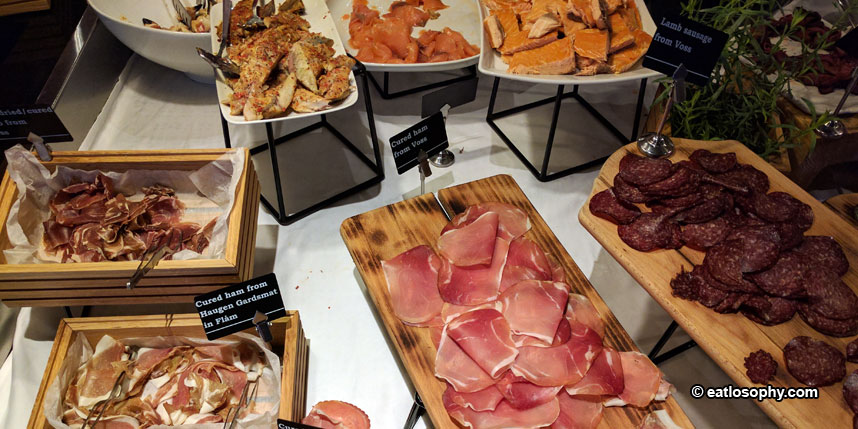 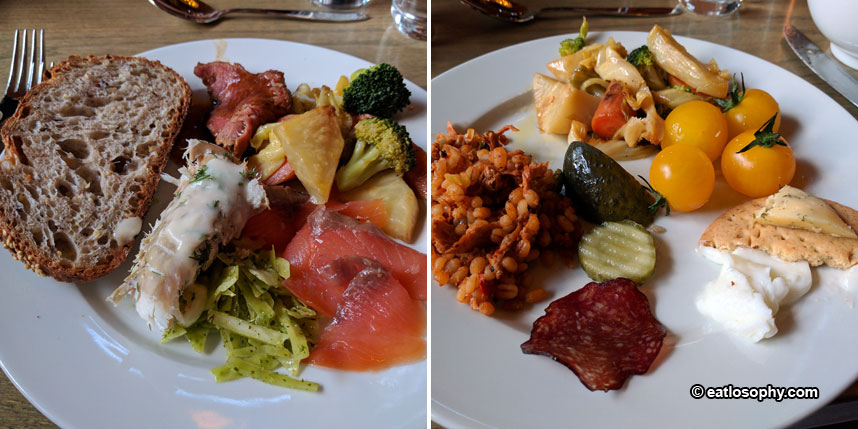 Breakfast
The breakfast buffet was large and of excellent quality with many local ingredients. 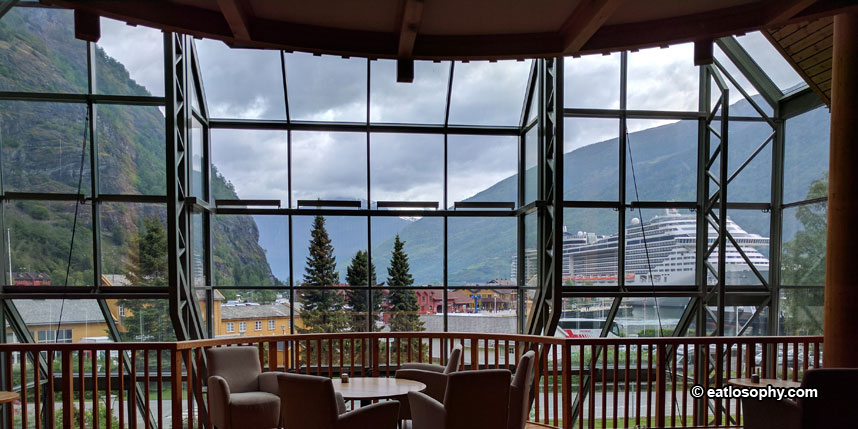 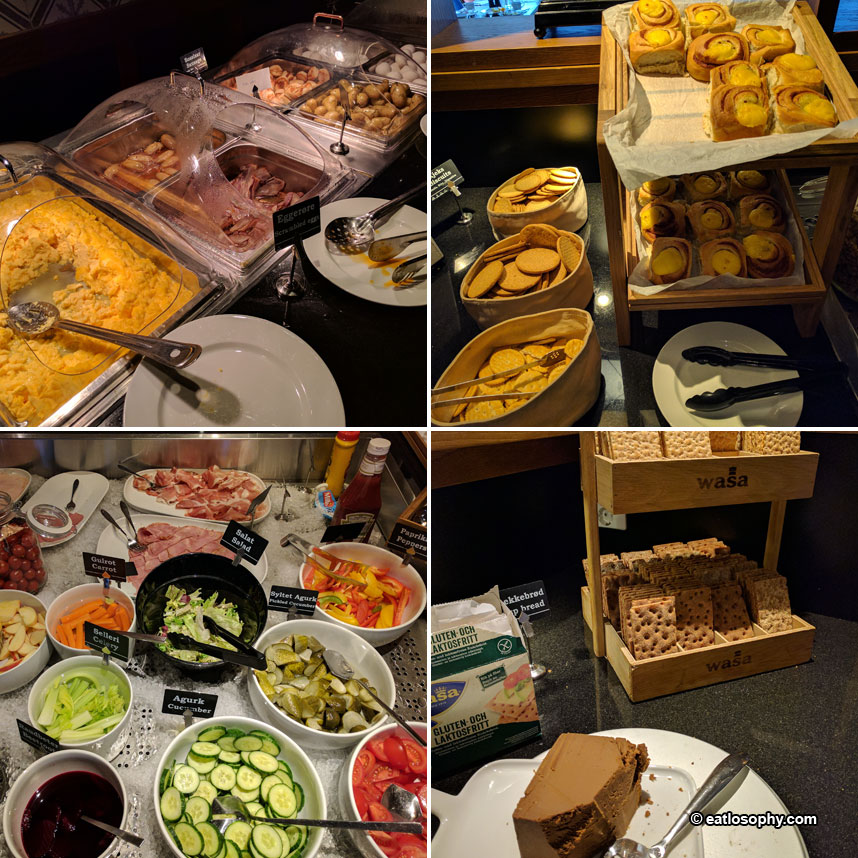 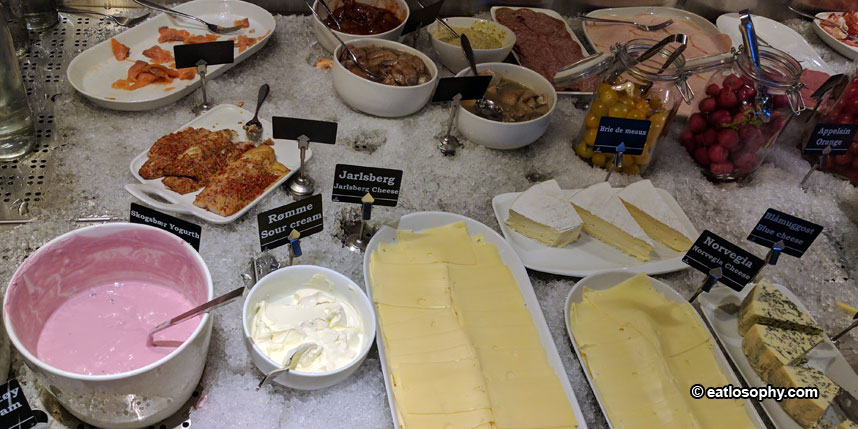 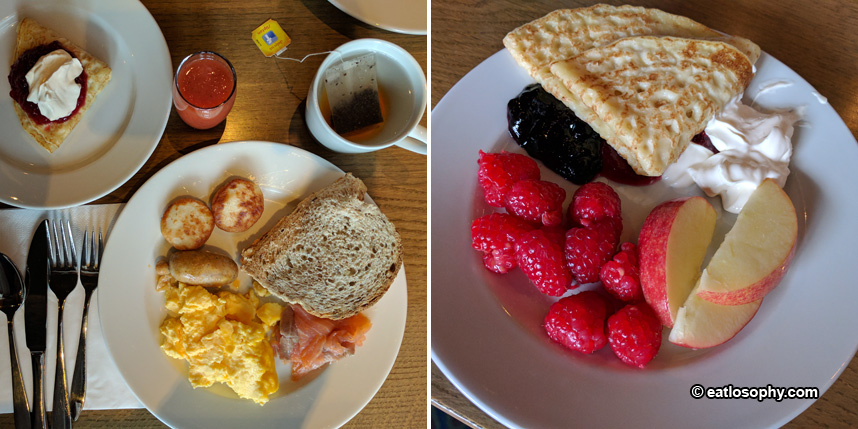