We choose Fussen as a home base town (less than 10 minutes drive to both castles) as the closest and convenient place. The main attraction is still Neuschwanstein castle. We went to Hohenschwangau Castle so that we could at least see one castle (Unfortunately Neuschwanstein castle closed on 12/24 and 12/25) during this trip. Hohenschwangau Castle is the birth place of King Ludwig II. All of the furniture and fixtures are original. 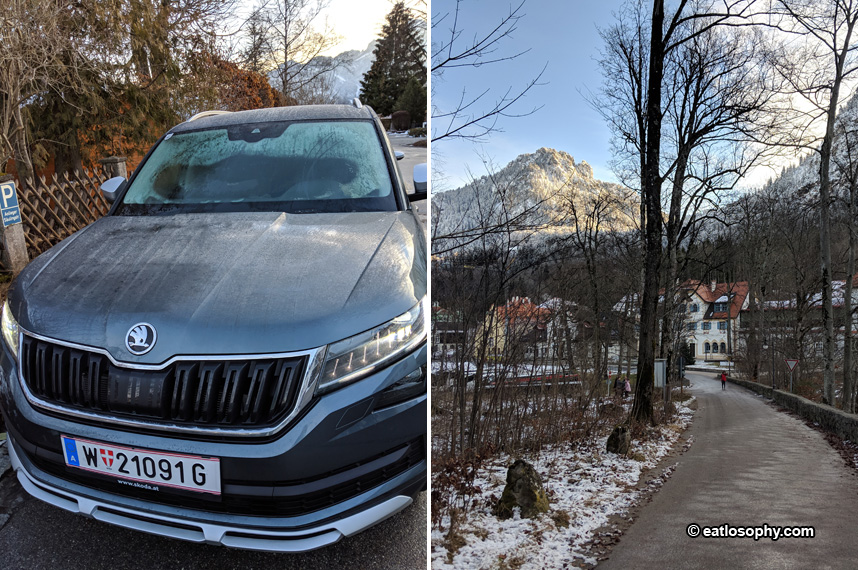 Walk up to the Hohenschwangau Castle

Climb to reach the castle’s entrance – on a very long ring road. 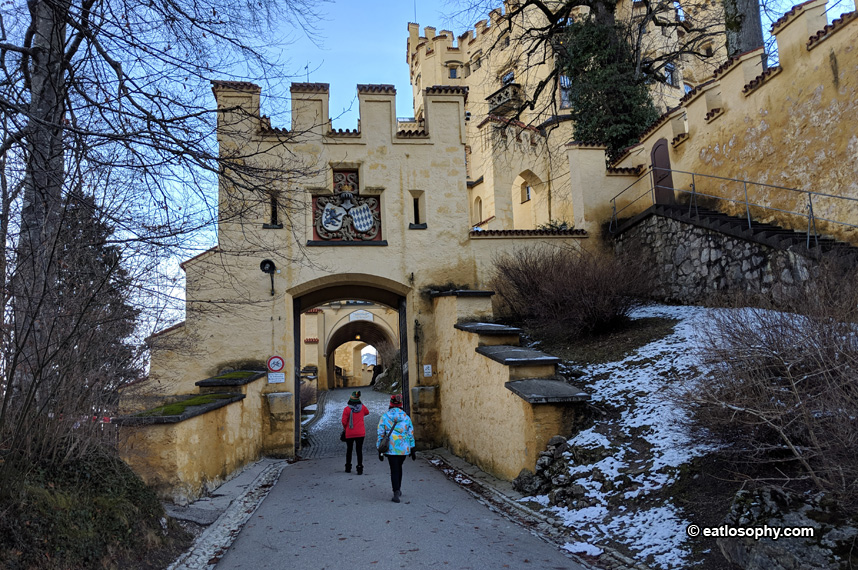 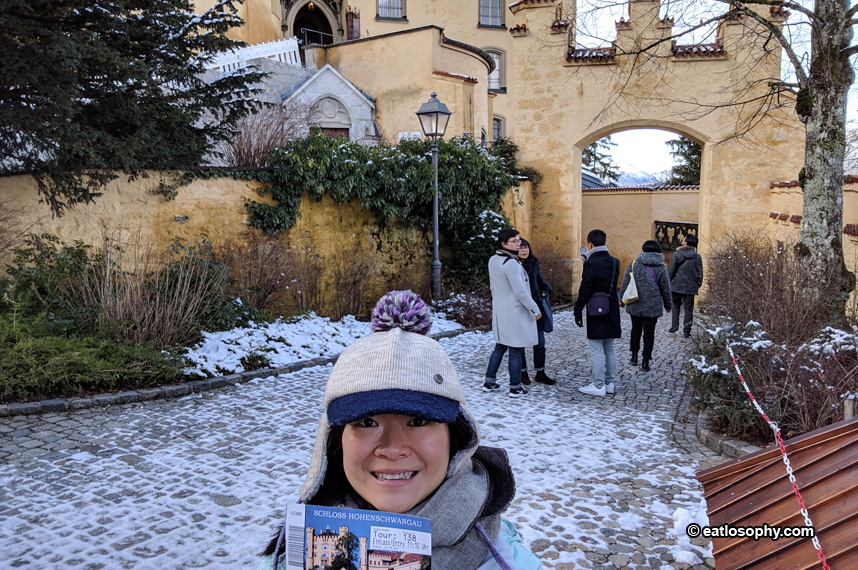 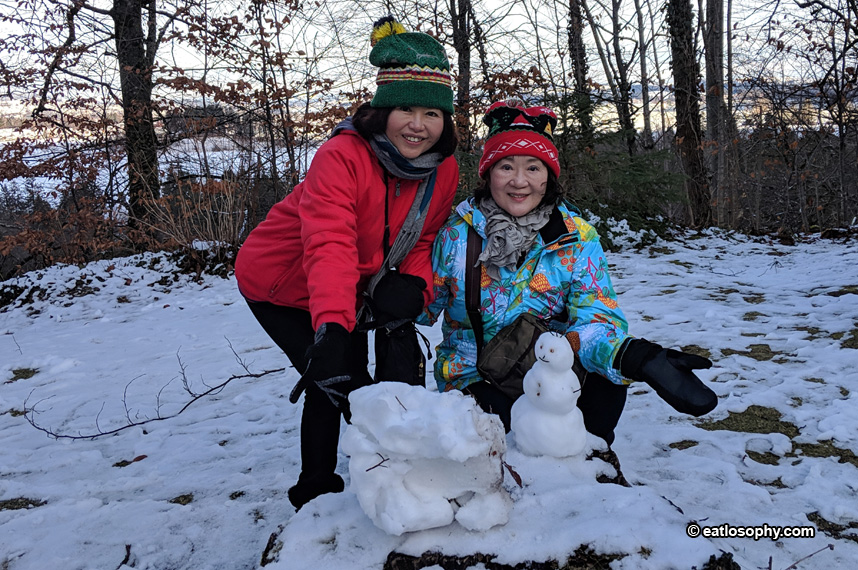 The childhood home of King Ludwig

You can visit the castle of Hohenschwangau on a guided tour and learn of all the history of King Ludwig and his family. The 30-minutes English guided tours give a good glimpse of King Ludwig’s life. You will explore rooms on two levels with the King and the Queen’s bedrooms, the Tasso room, the Oriental room, etc. and one of the most impressive rooms is the Banquet Hall. The castle is still in quite good condition. It was lived in for many years by the young Ludwig II as this was the home of his father, King Maximillian II and used as a summer and hunting residence. 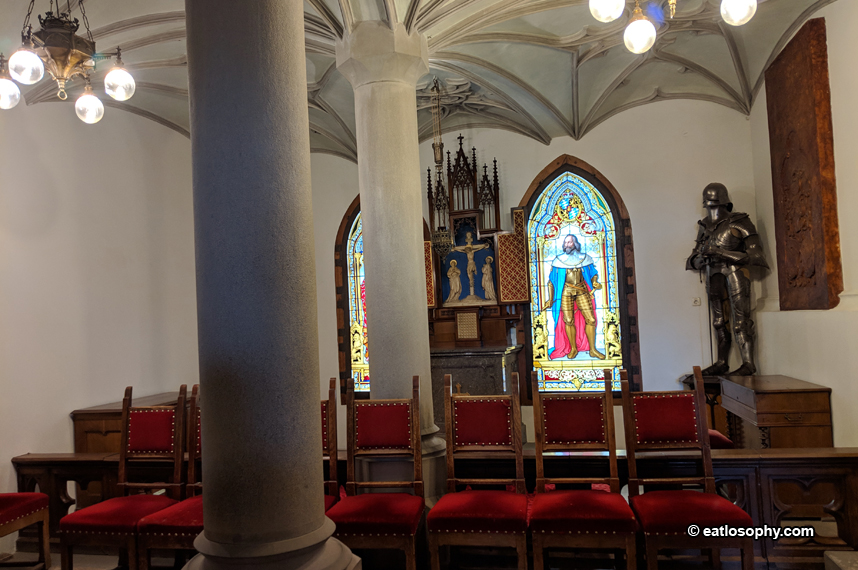 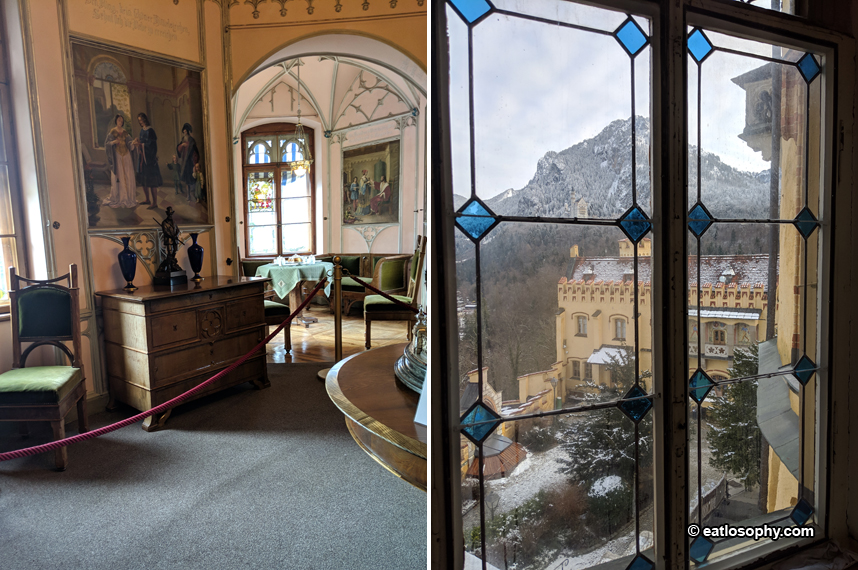 I didn’t realize that these castles were so close together. It’s totally worth it to take the tours of both castles in the same day. The castle is beautiful in winter with great views of Neuschwanstein Castle. 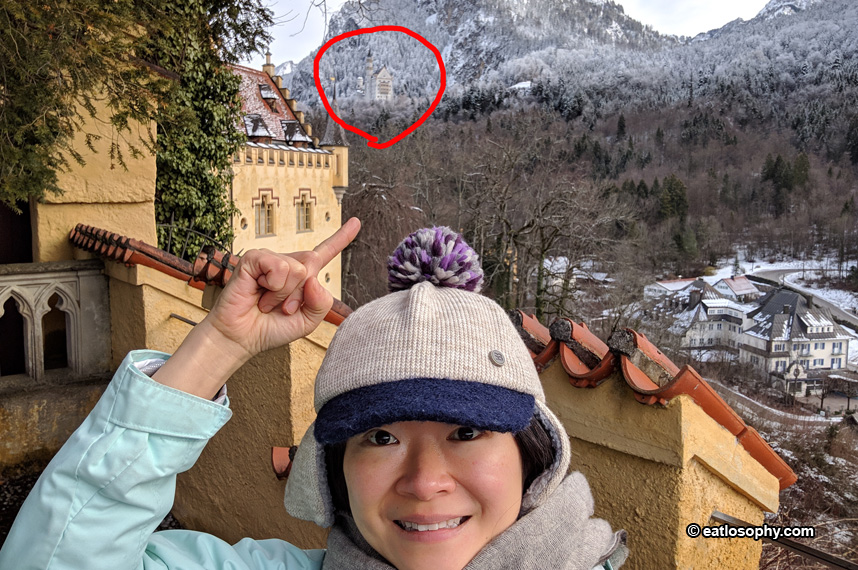 Since it was so cold, we decided to get on a horse drawn carriage on the way back to the ticket center (for just 2€ each person). 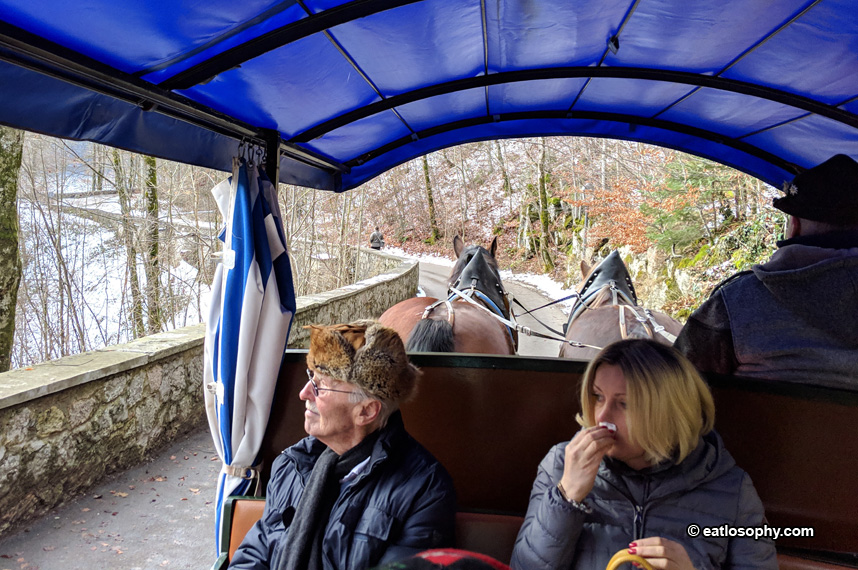 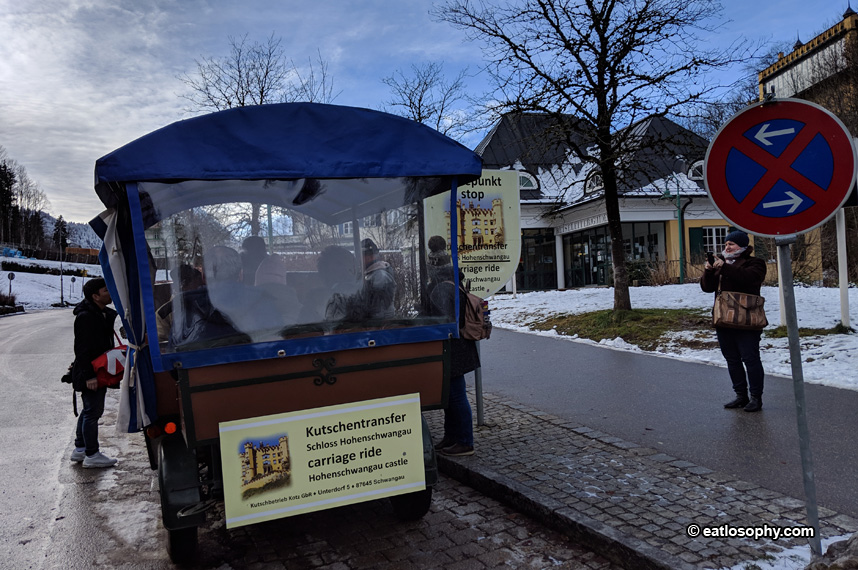 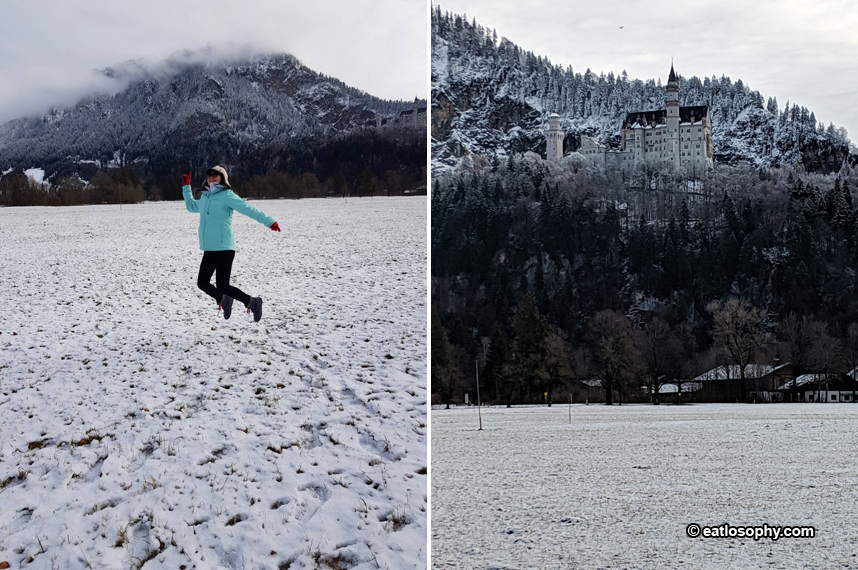 The drive from Füssen to Innsbruck (via B179) was so pretty. We stopped by Restaurant Zugspitzblick in Biberwier real quick for some photos. 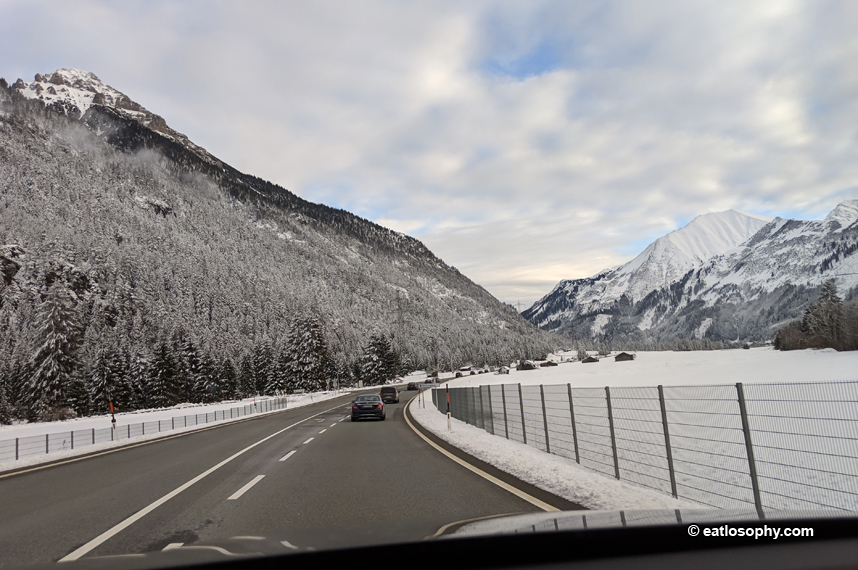 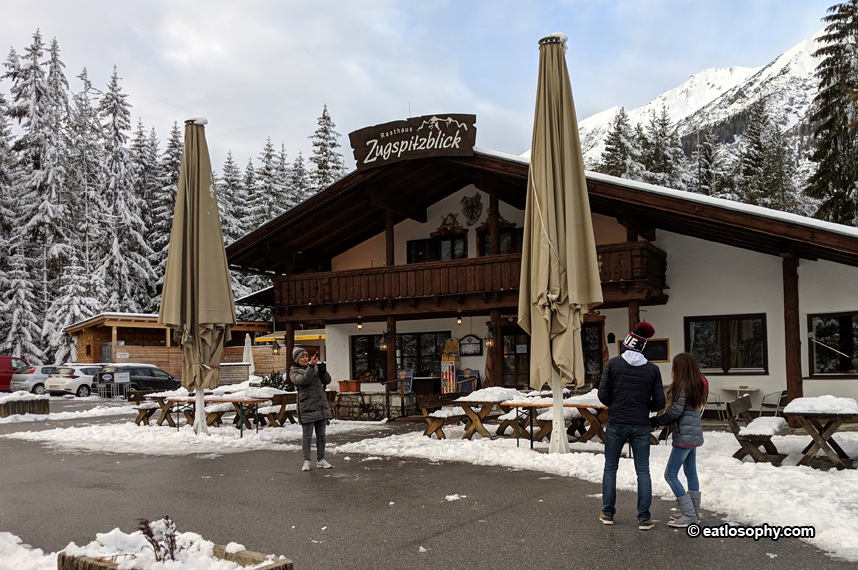 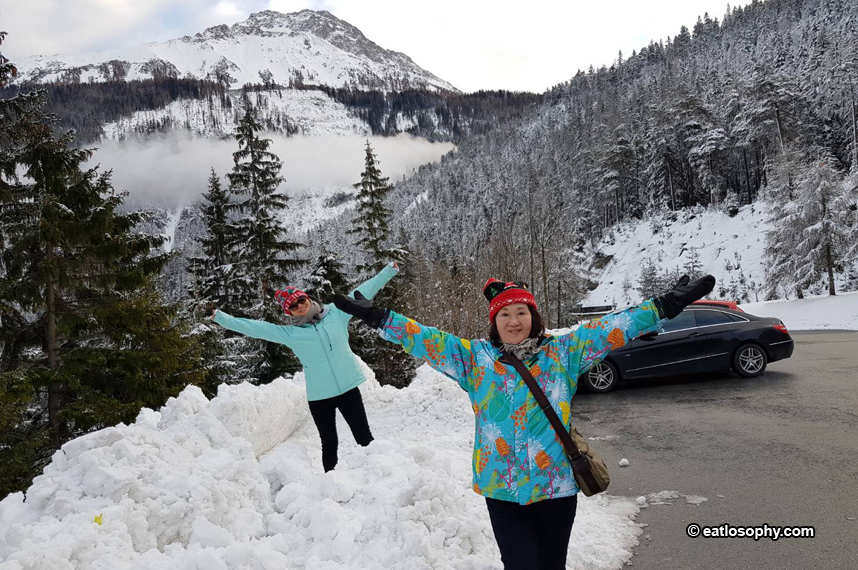 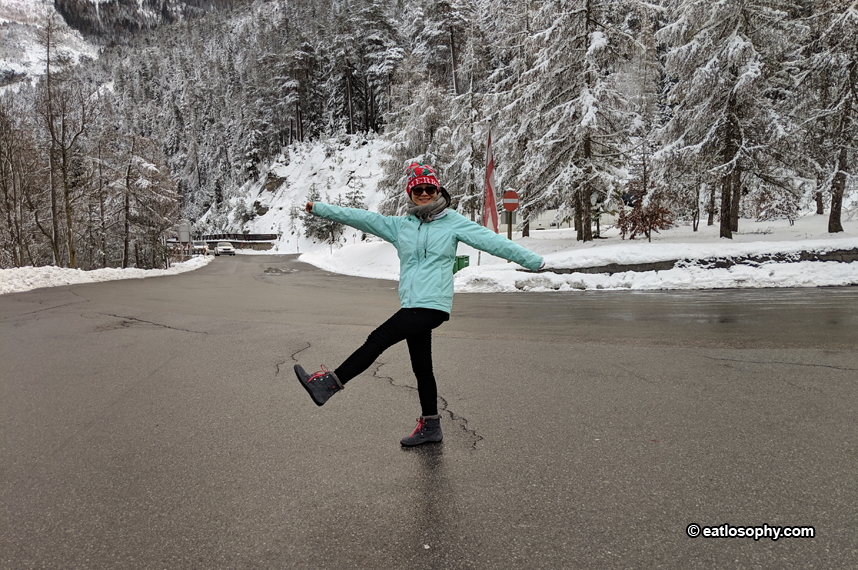 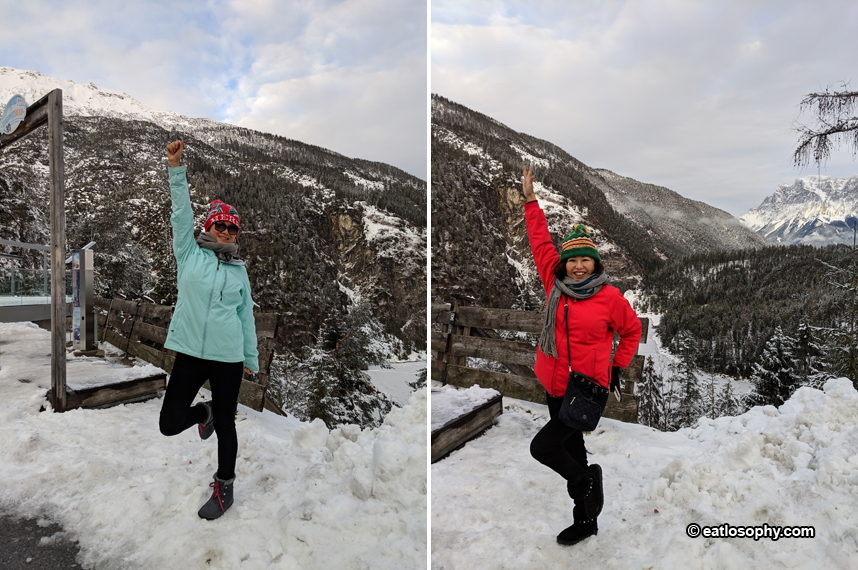