We spend four nights in Chiang Mai, Thailand. There are a lot to do here day or night. Temples are still a central part of Thai life so we decided to do temple hopping during the day time. There are lots temples in Chiang Mai. We set out to see four temples for this trip. As always at temples in Thailand, made sure to dress properly and act respectfully. Shorts, T-shirts, bare shoulders, and any overly casual clothing should be avoided.

Founded in 1345, Wat Phra Singh is the most elegant and culturally significant temple within the old city of Chiang Mai. The grounds and buildings are beautiful and spiritual. 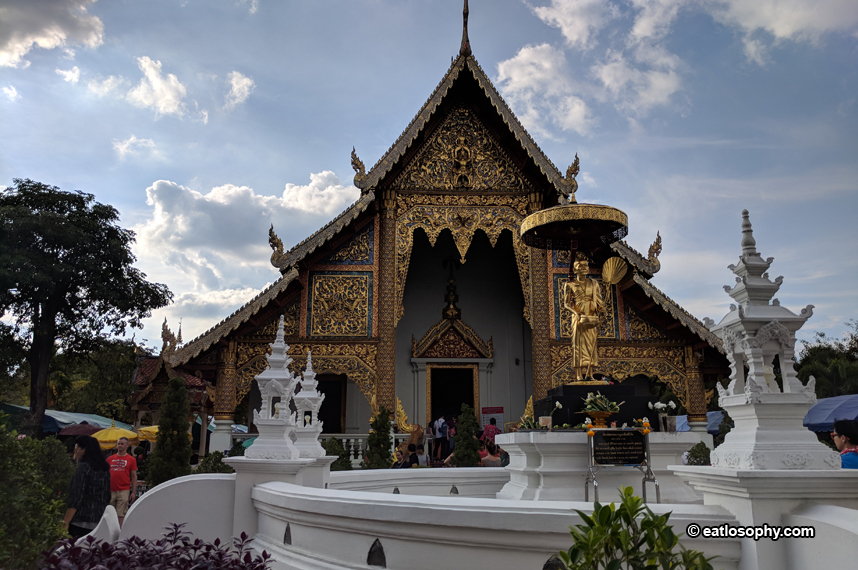 The oldest structure on site is the main chedi, which was constructed in 1345 by King Phayu to enshrine the ashes of his father, King Khamfu. 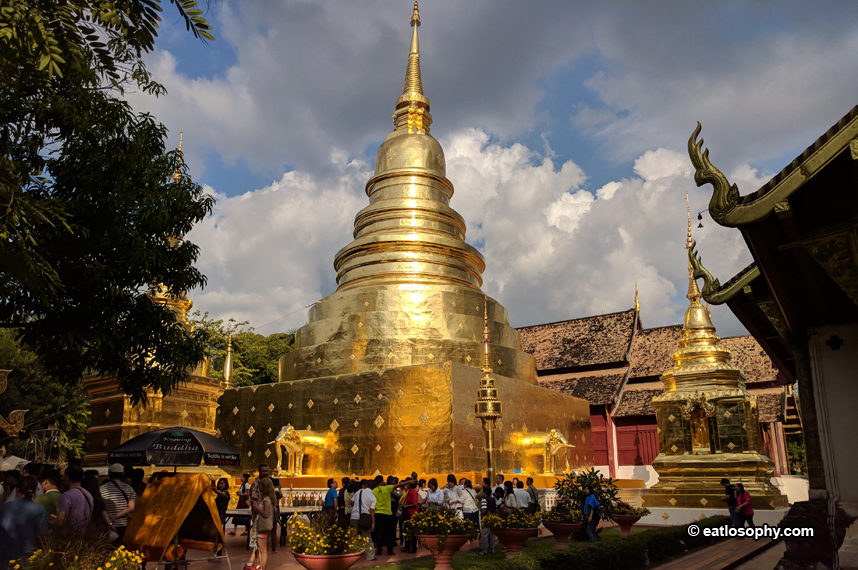 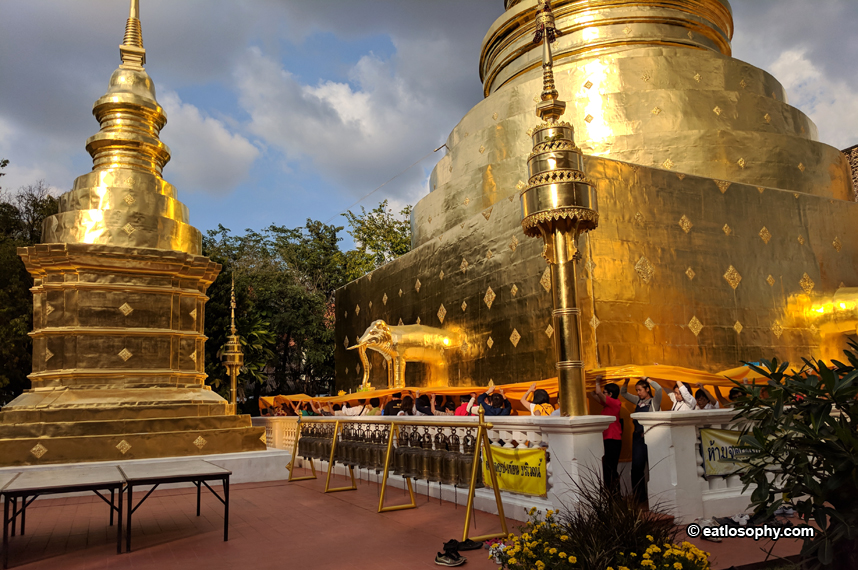 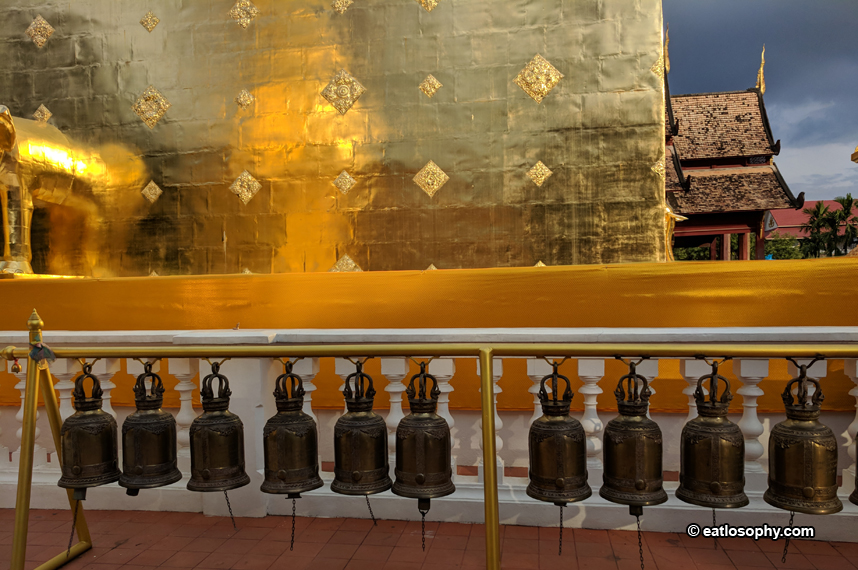 The golden yellow Chedi is blindly bright in the sunlight 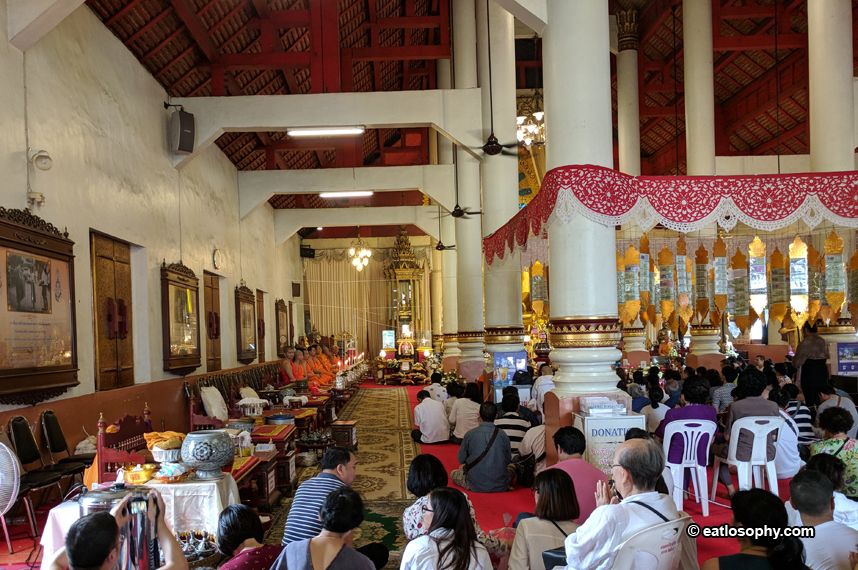 The decoration inside is also quite rich. There is a brocade-like gold and red pattern on parts of the roof and back wall behind the altar. 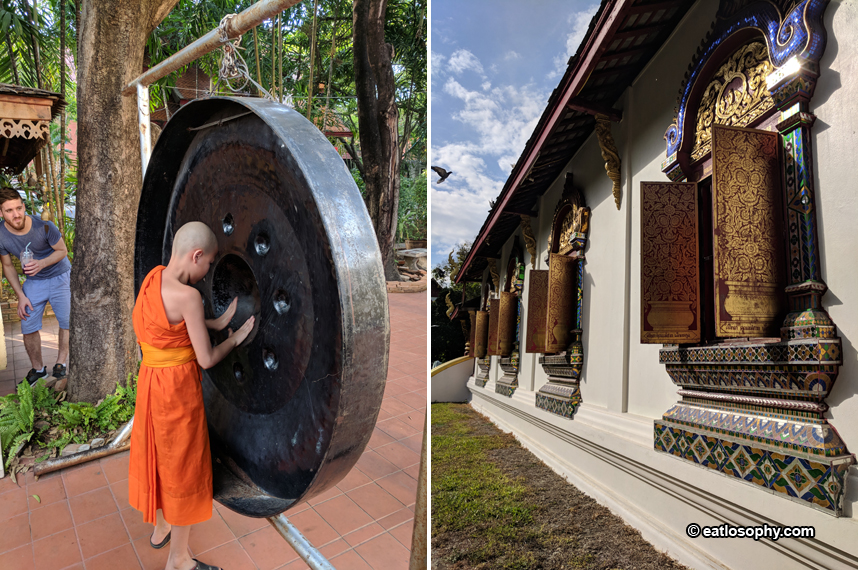 From Wat Phra Singh, you might want to go on to Wat Chedi Luang, which is just a short walk away. In addition, another important temple within the walls is the oldest: Wat Chieng Man. It’s another short walk away

The original temple dates back from the 14th and 15th centuries. Wat Chedi Luang was possibly the largest structure in ancient Chiang Mai, Thailand. It must have been the most impressive temple back then. The chedi was mostly destroyed within a few hundred years of its construction. 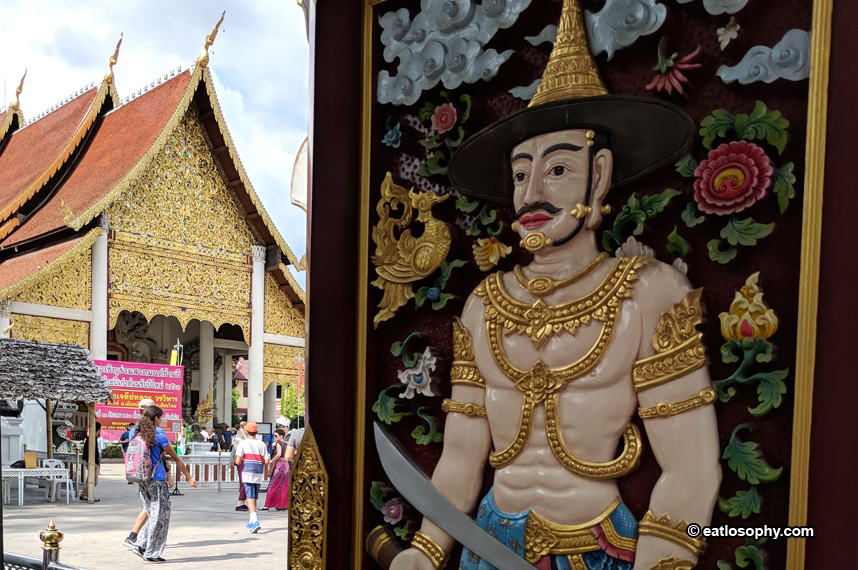 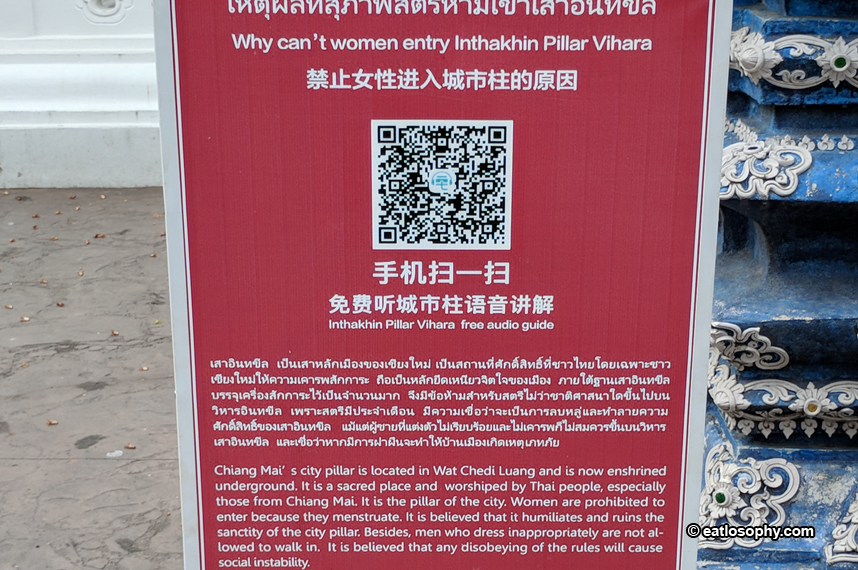 “Women are prohibited to enter because they menstrate. It is believe that it humiliates and ruins the sanctity of the city pillar. Besides, men who dress inappropriately are not allowed to walk in. It is believed that any disobeying of the rules will cause social instability.” 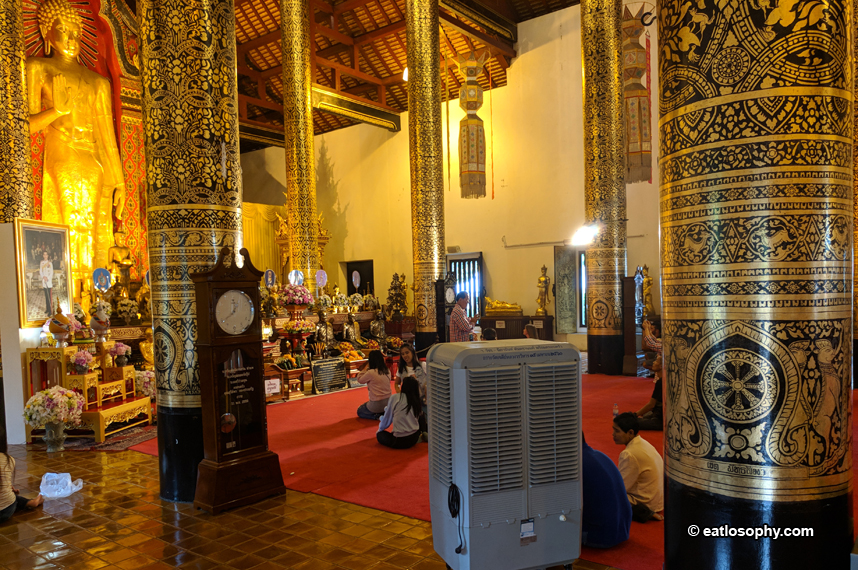 Inside the main prayer hall, the altar is backed by a magnificent standing Buddha 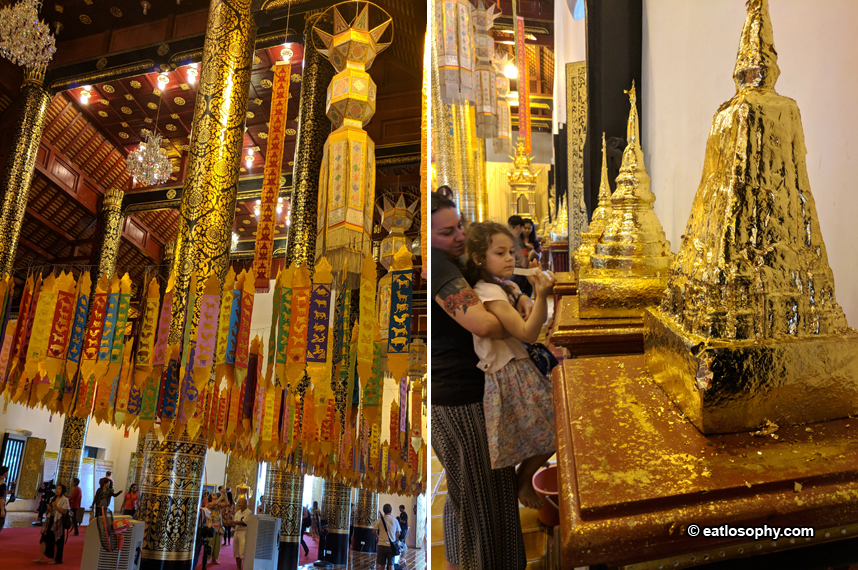 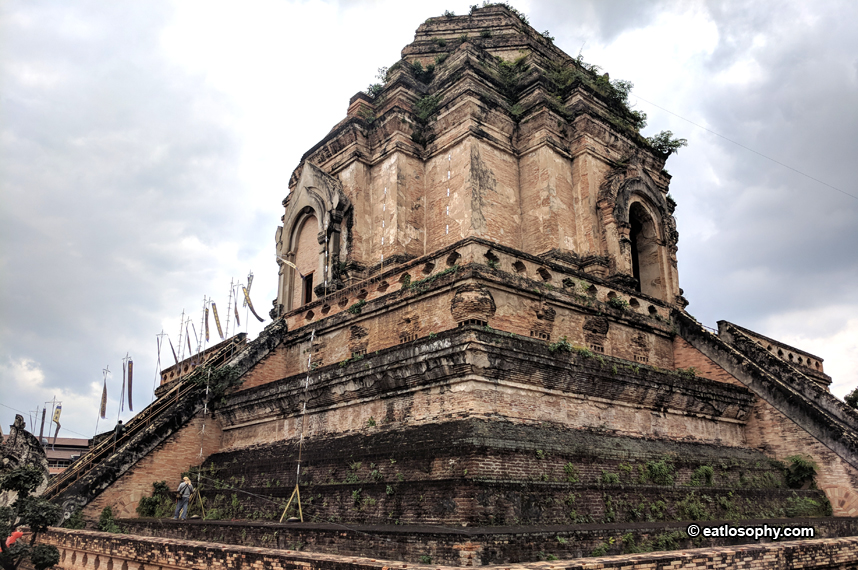 The pagoda has been partially reconstructed 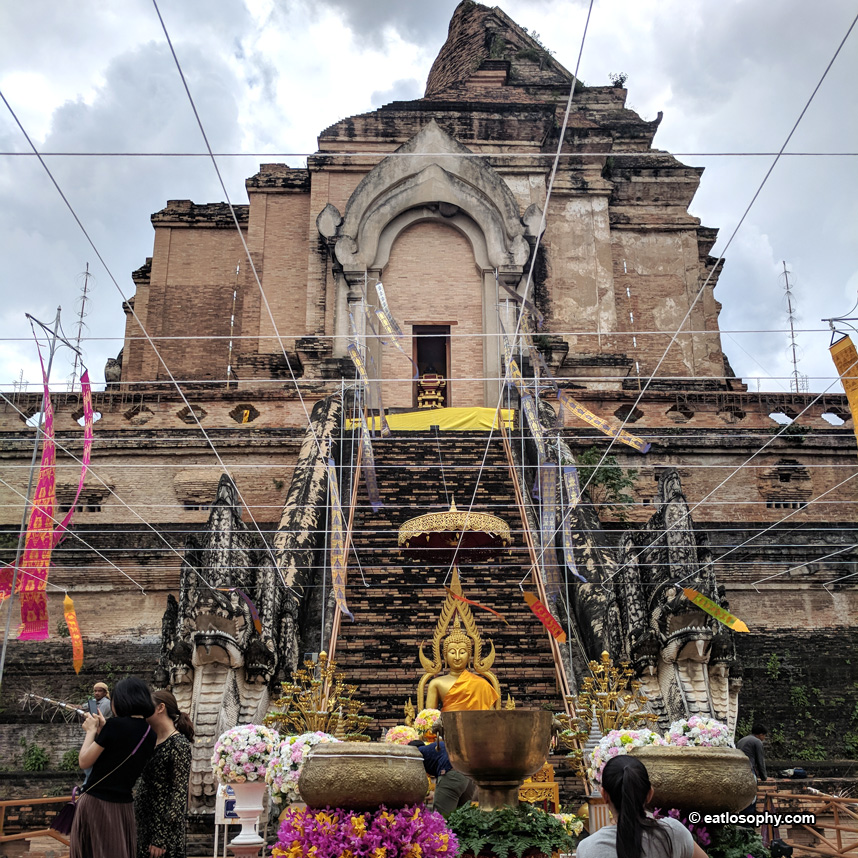 Wat Chiang Man is Chiang Mai’s oldest temple, which was constructed at around the city’s development in 1296. 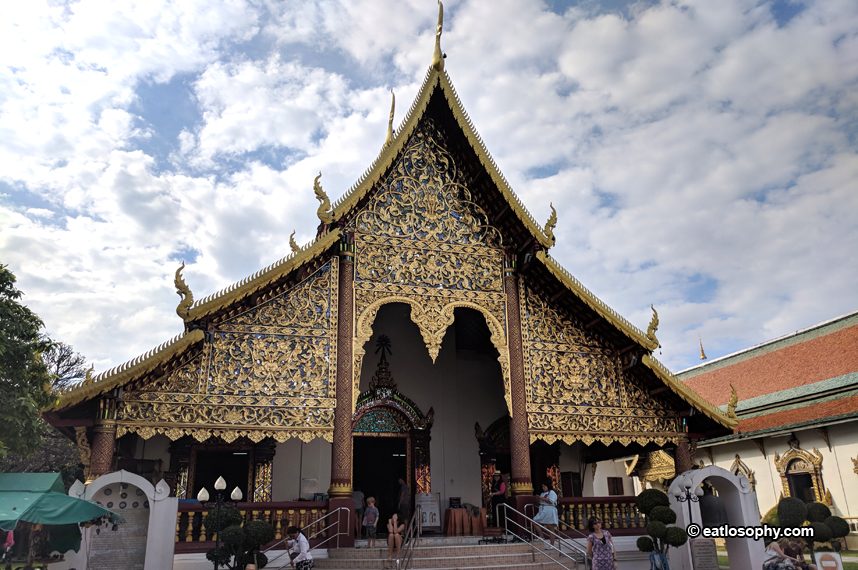 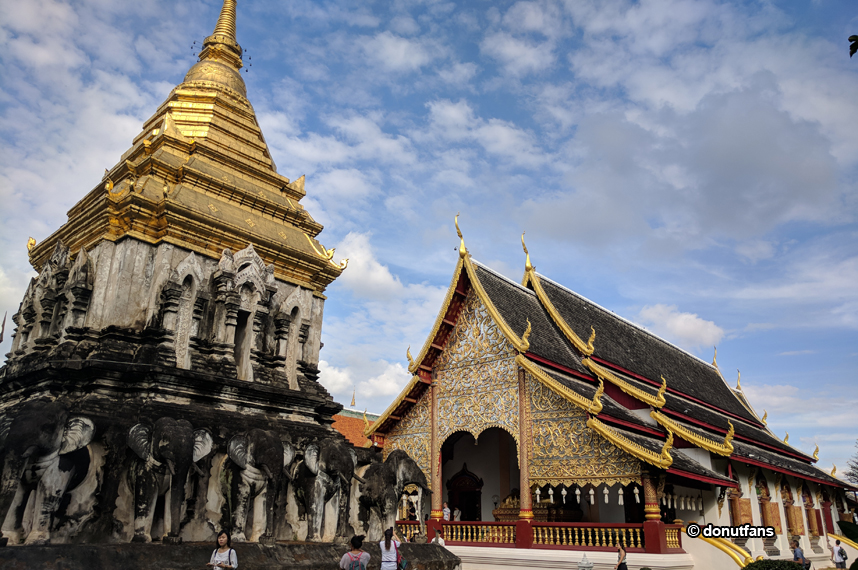 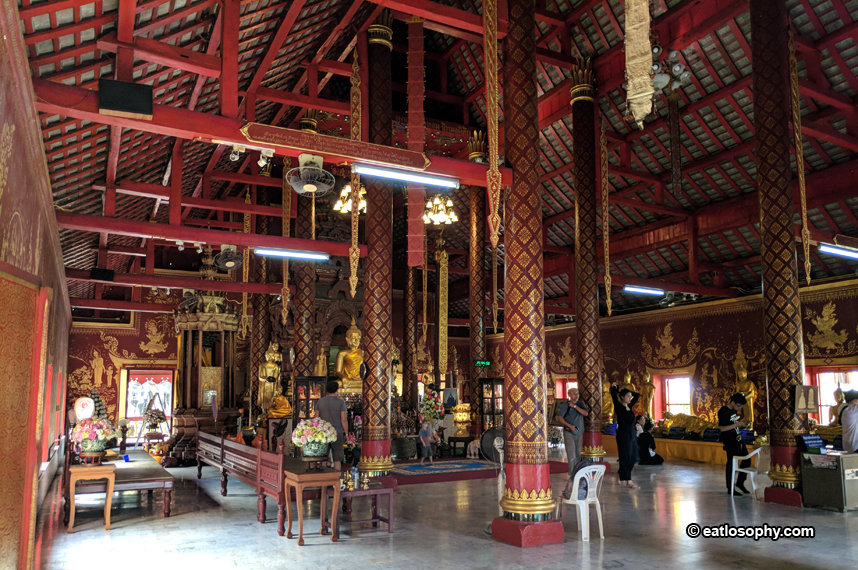 The Elephant Chedi is the oldest construction within the temple complex. In addition, you can recognize it from its life-sized brick and stucco elephants carrying the upper levels of the construction on their backs. They are guardians that had been standing watch since 1296. 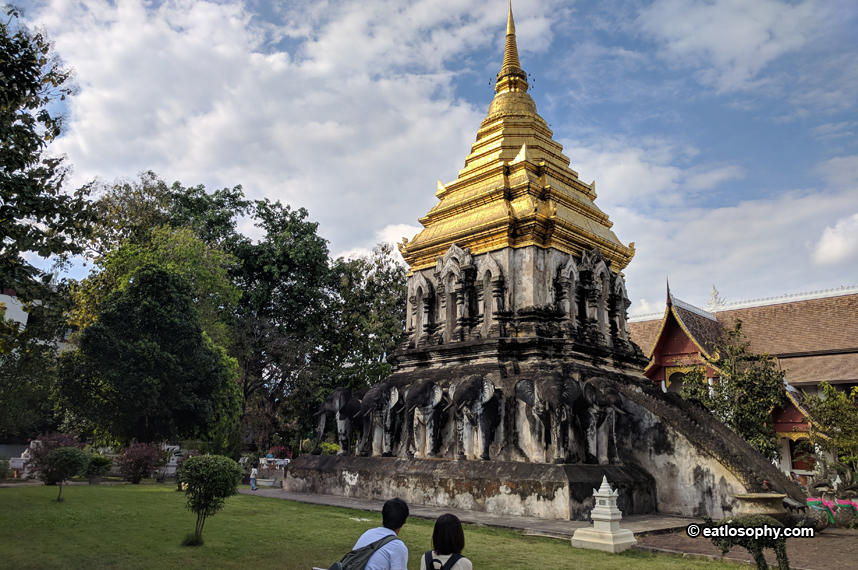 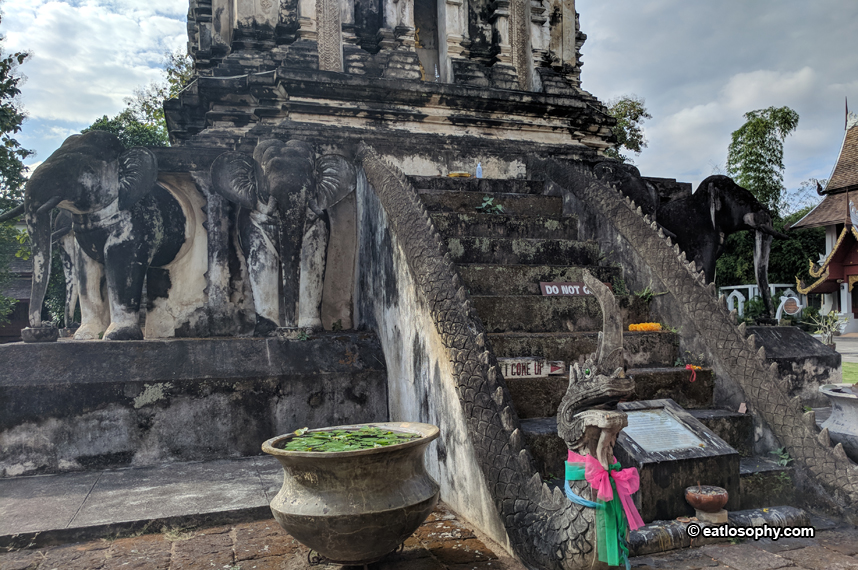 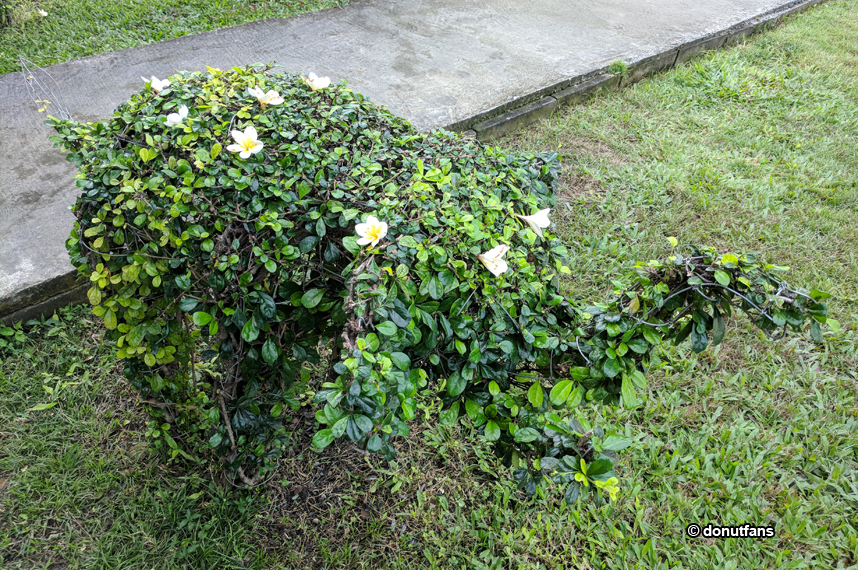 Wat Phan Tao is next to the famous Wat Chedi Luang Temple. Particularly, the entire temple was made from teak wood and had been previously part of the royal palace. It is one of my favorite temples in Chiang Mai. 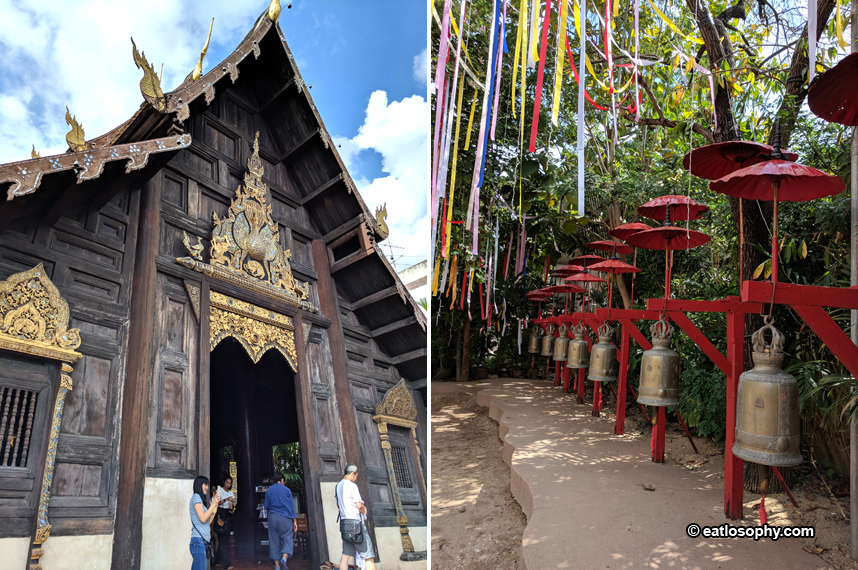 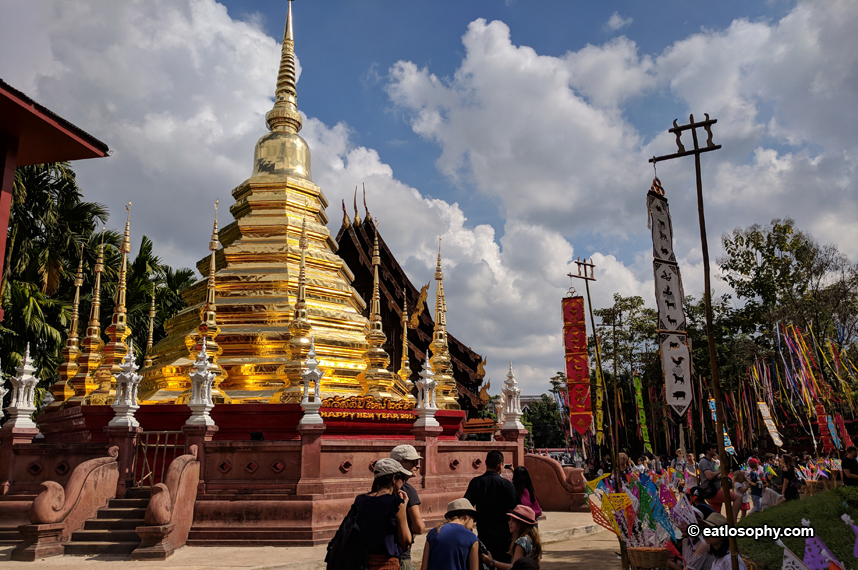 At night, thousands were gathered here with the monks to spend the last few hours of the year in meditation and chanting in a serene candle-lit hall. The place was fully candle-lit, which made the atmosphere feel even more magical. 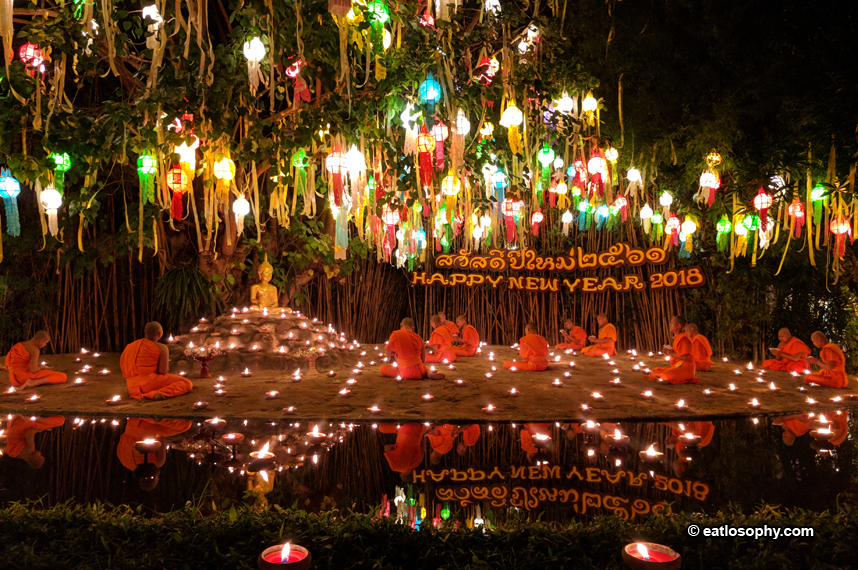 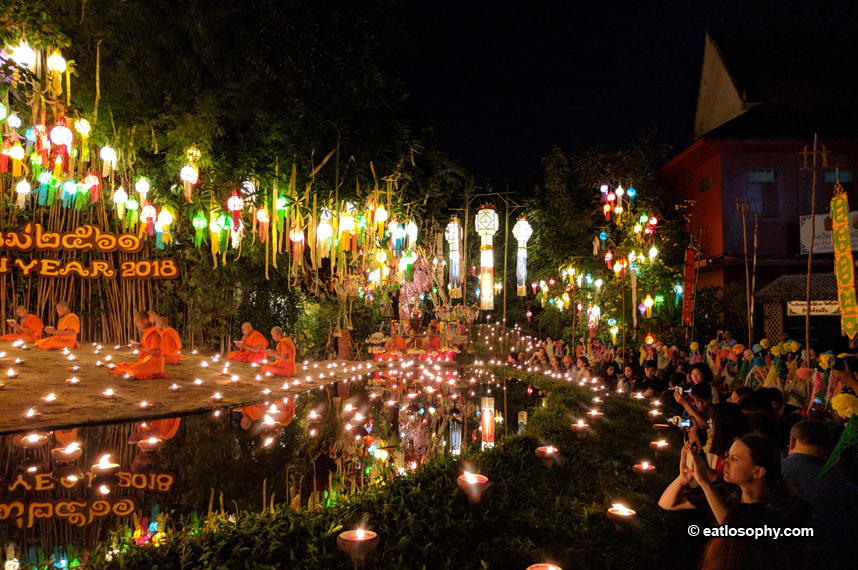 Pray with the monks at the Wat Phan Tao