We are taking an overnight sleeper train from Moscow to Veliky Novgorod. 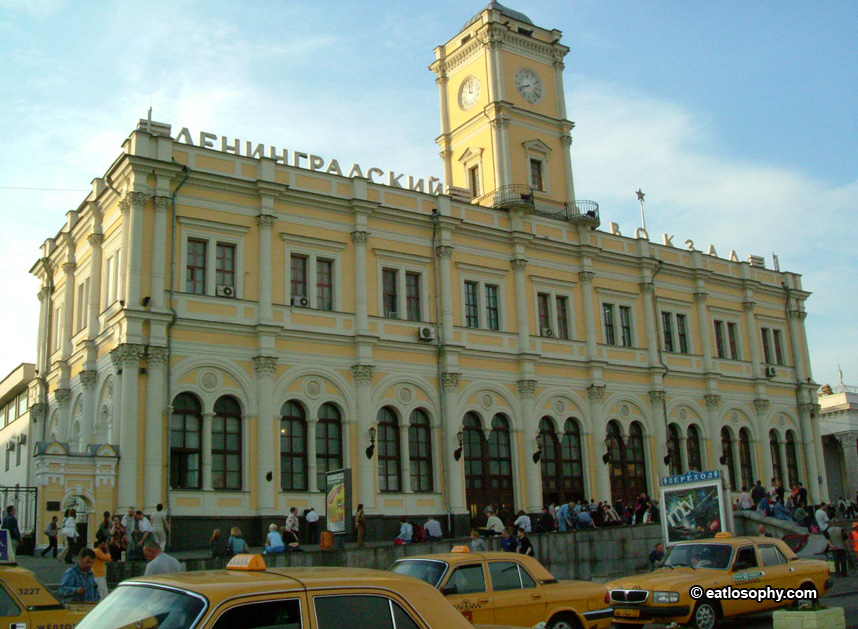 I am sharing a room with my mom on the train. The mattress is comfortable and the bedding is clean. I think this is a great way to cover long distances while getting a good night’s sleep. It is more comfortable than taking long road trips being cramped in a bus. 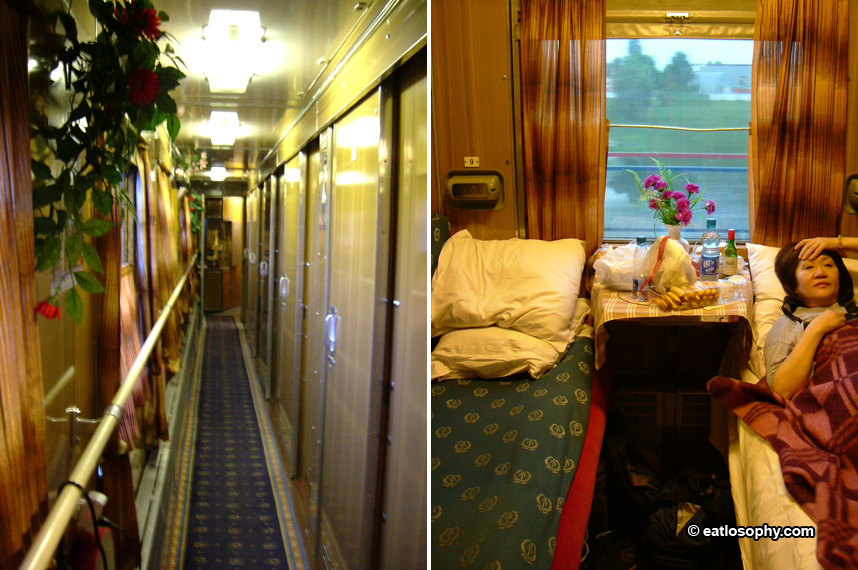 The Kremlin of Novgorod

The Kremlin walls stretch to 1500 metres with nine towers. The cathedral of St. Sophia is inside the Kremlin. 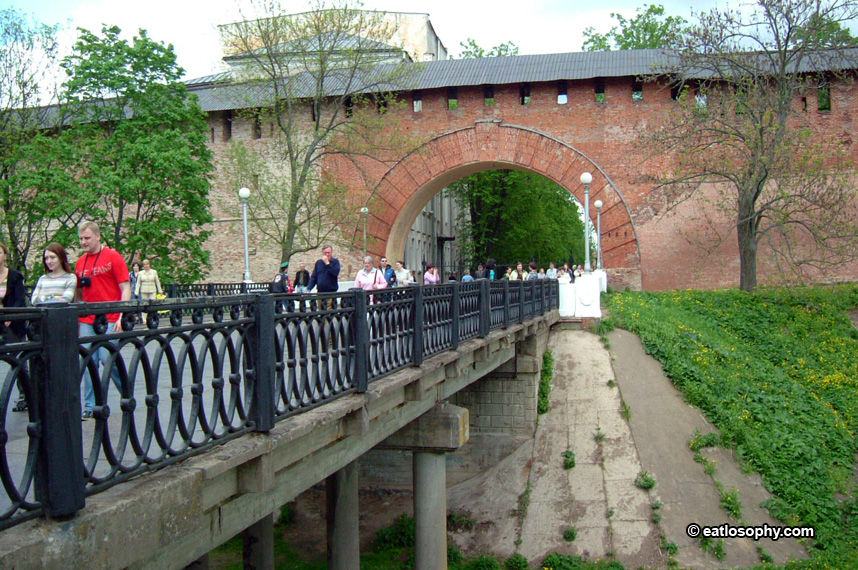 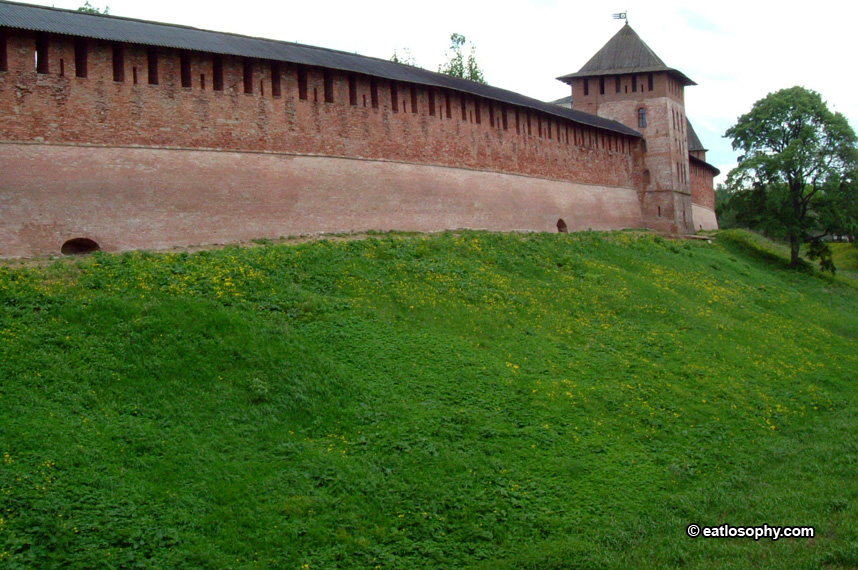 The most ancient monastery of Russia. 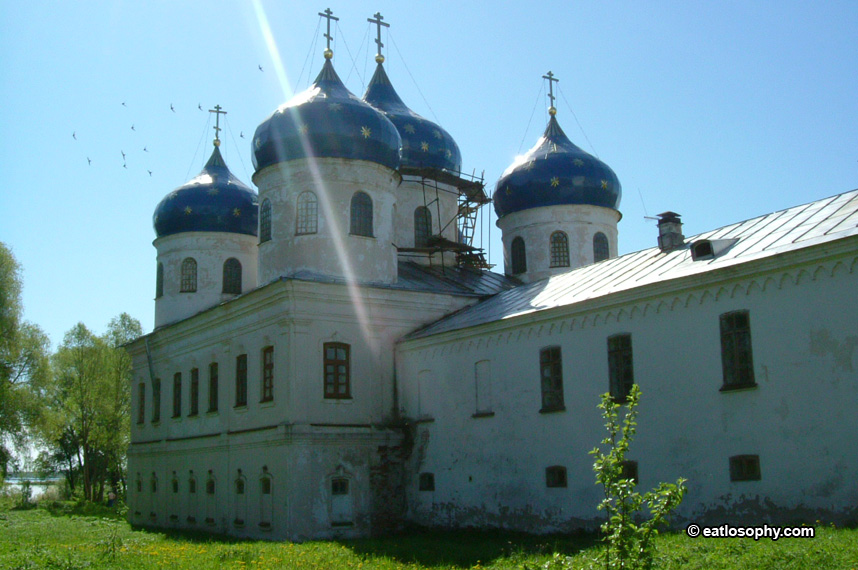 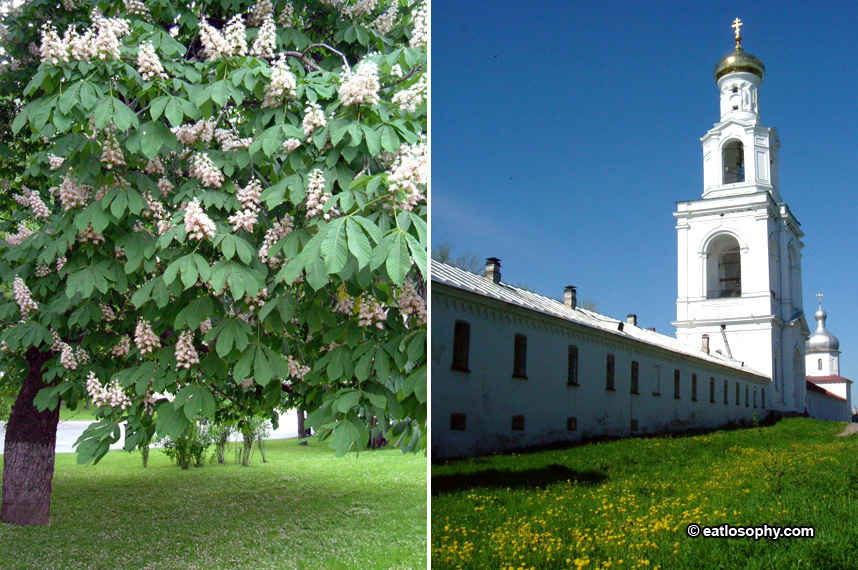 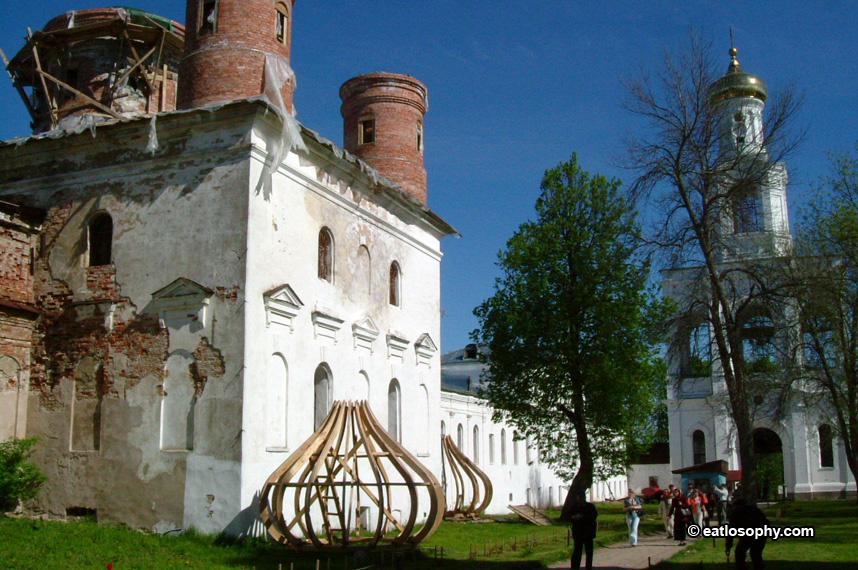 Cathedral of St. Sophia was built in the early 12 century. This is the oldest church in today's Russia as well as part of the UNESCO World Heritage Site.

“Where St. Sophia is, there is Novgorod", exclaims Prince Mstislav in 1215. 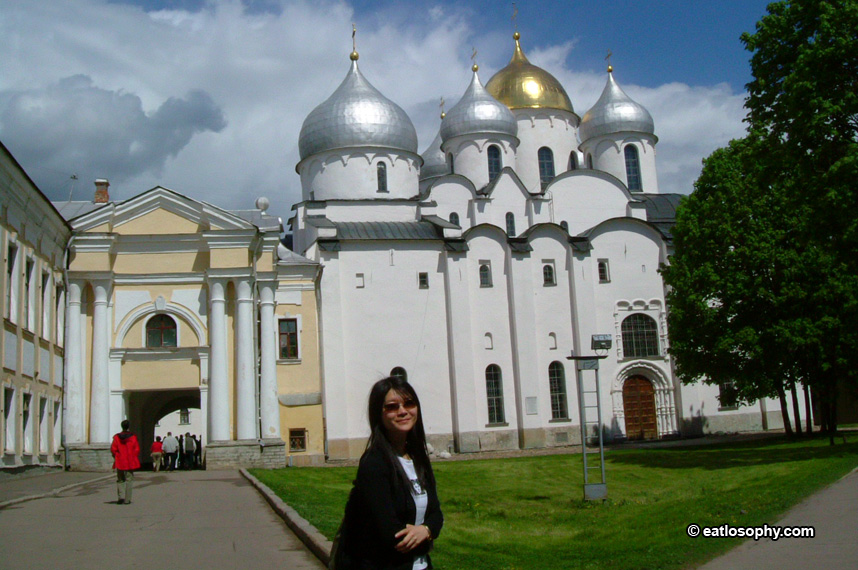 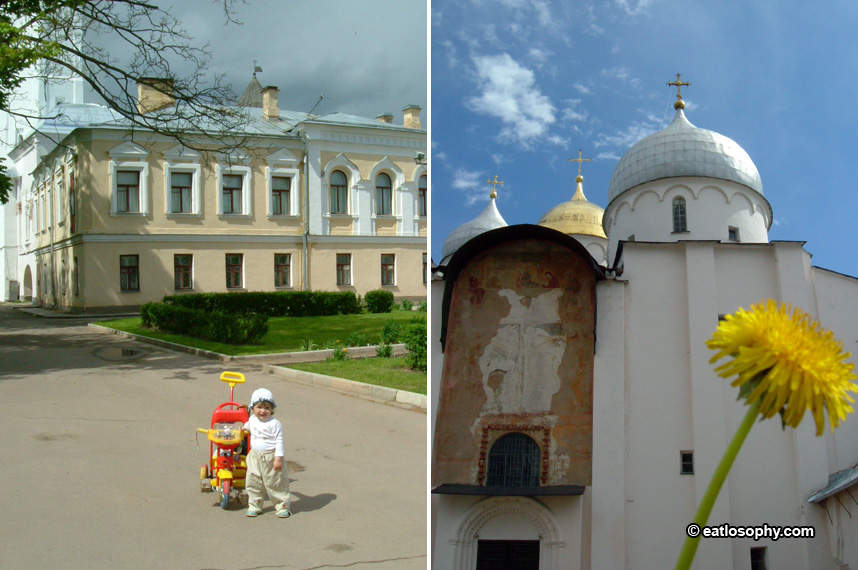 According to wikipedia, "The doors at the west entrance, called the Sigtuna, Magdeburg or Płock Gates, are said to have been looted by Novgorodian forces from the Swedish town of Sigtuna in 1187. In fact, they were most probably wrought and sculptured by Magdeburg masters, most likely in years 1152–1154, for the Archbishop of Płock in Poland" 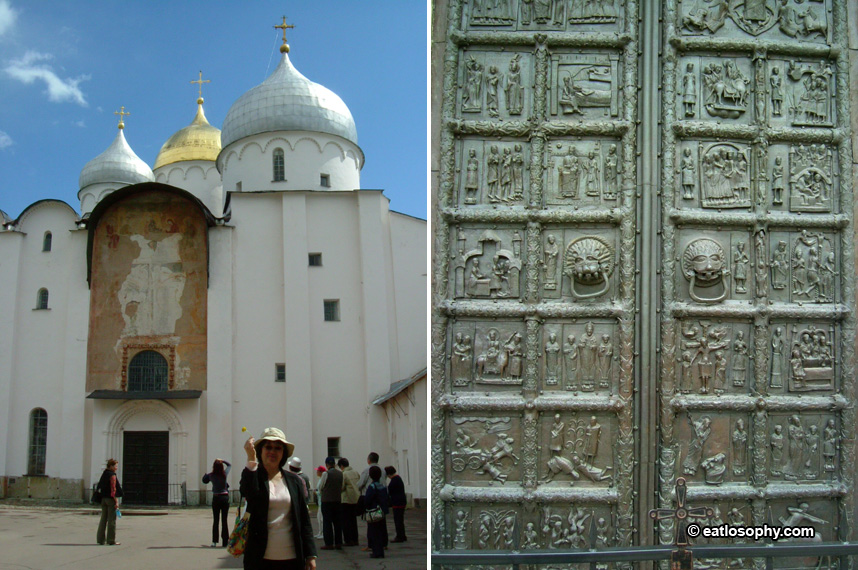 Remarkable sculpture of people who impacted the history of Russia. The Millennium of Russia Monument was established in 1862 to commemorate Veliky Novgorod's 1000th anniversary. 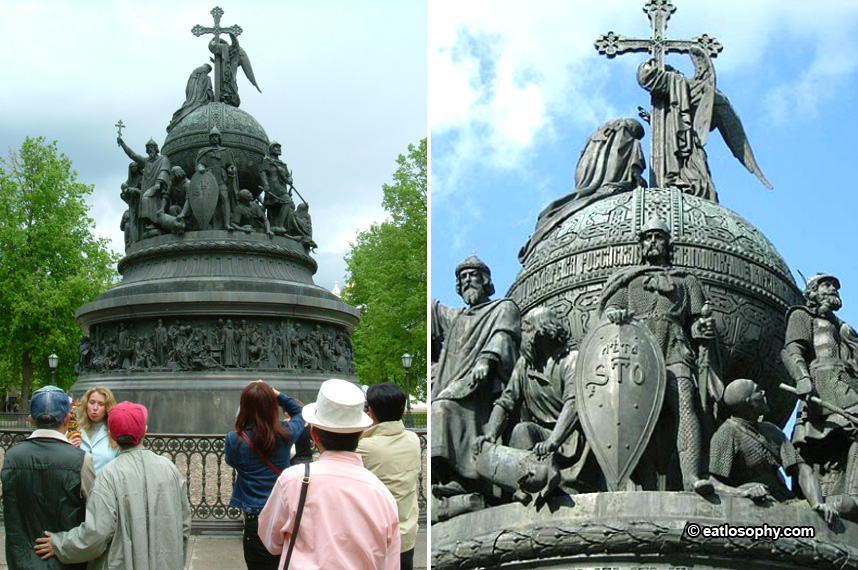 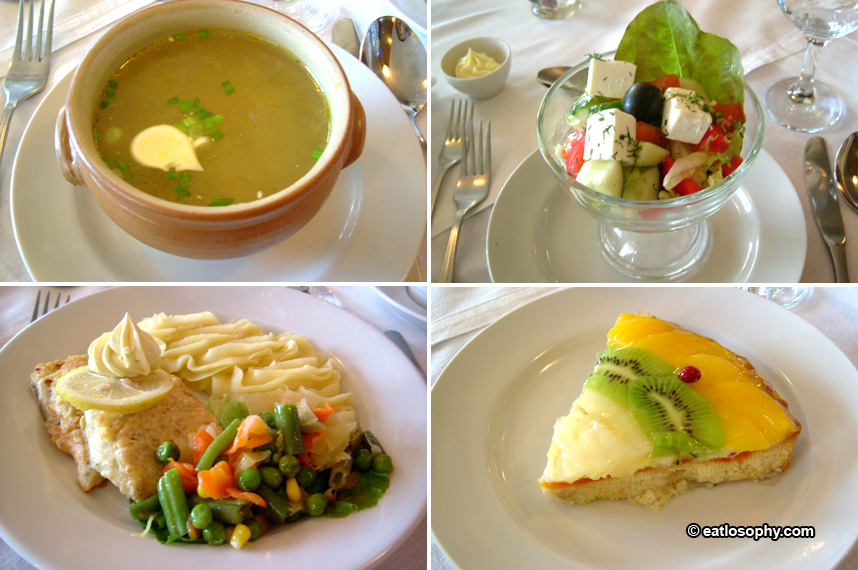 The wooden architecture were collected from different places in Russia. The idea is to recreate ancient Russia village life. It is staffed by workers wearing the costume for the region and the period. Many of the houses can be entered. 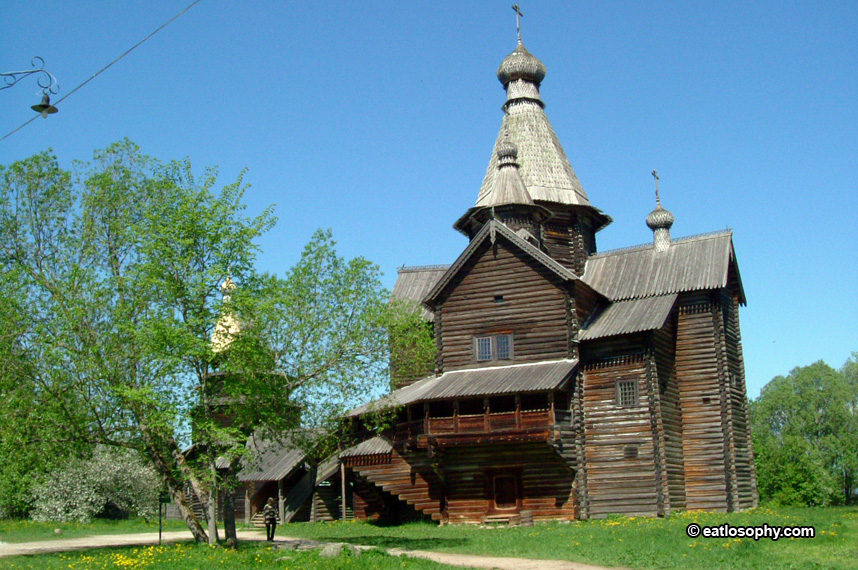 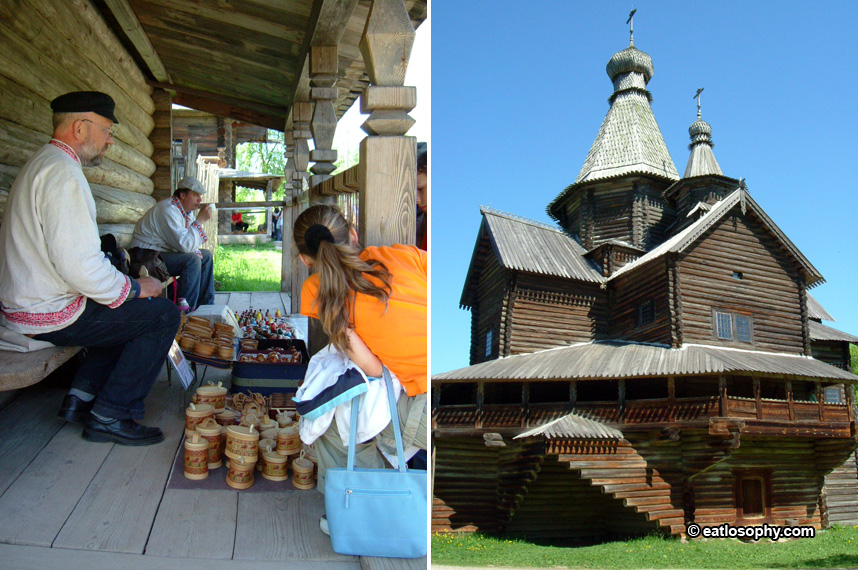 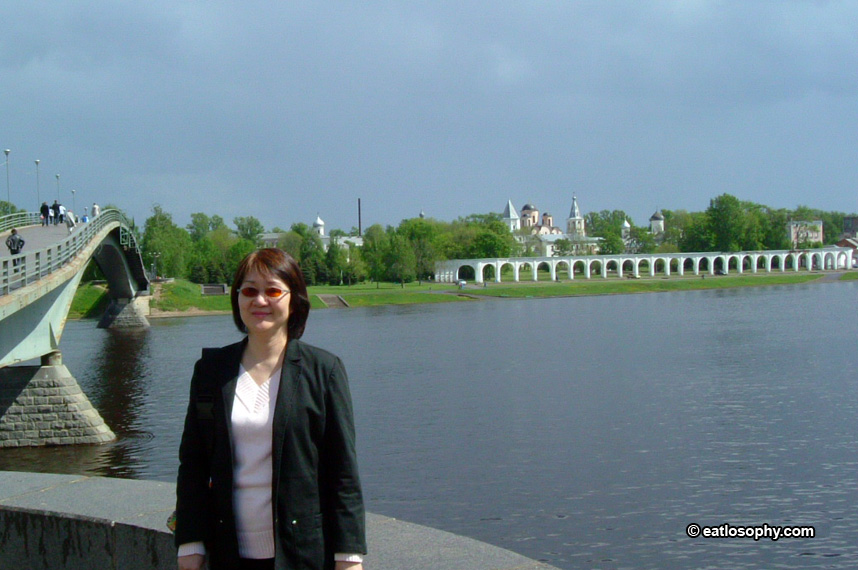 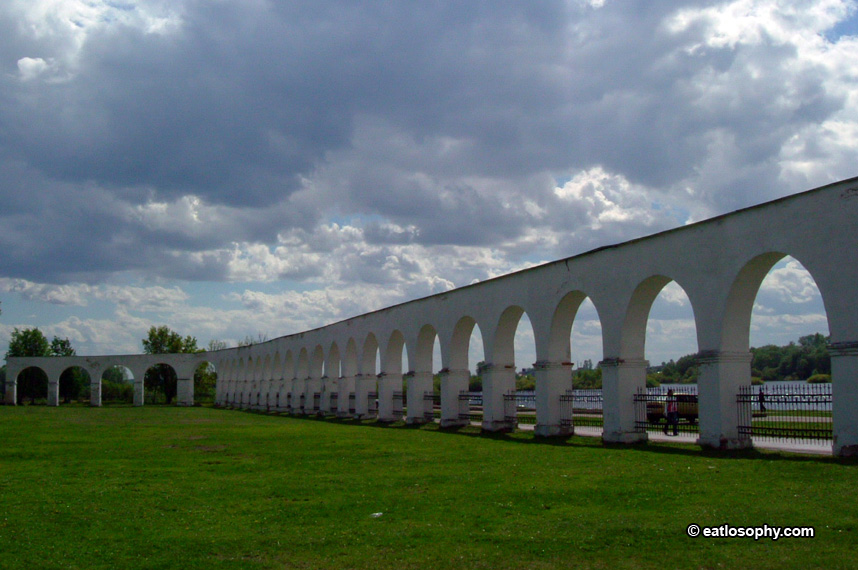 Church of St. Parasceva the Friday on the Marketplace

St. Parasceva Church was built in 1207 with the money of foreign merchants and consecrated in the name of St. Parasceva the Friday, because she was believed to be the patron saint of trade. To learn more you can visit visitnovgorod.com. 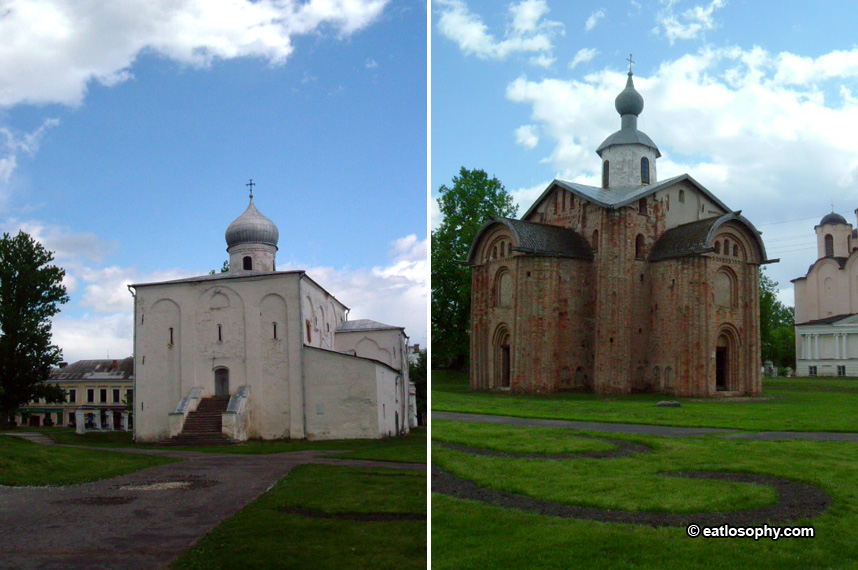 Finally after a long exhausted day we can eat! 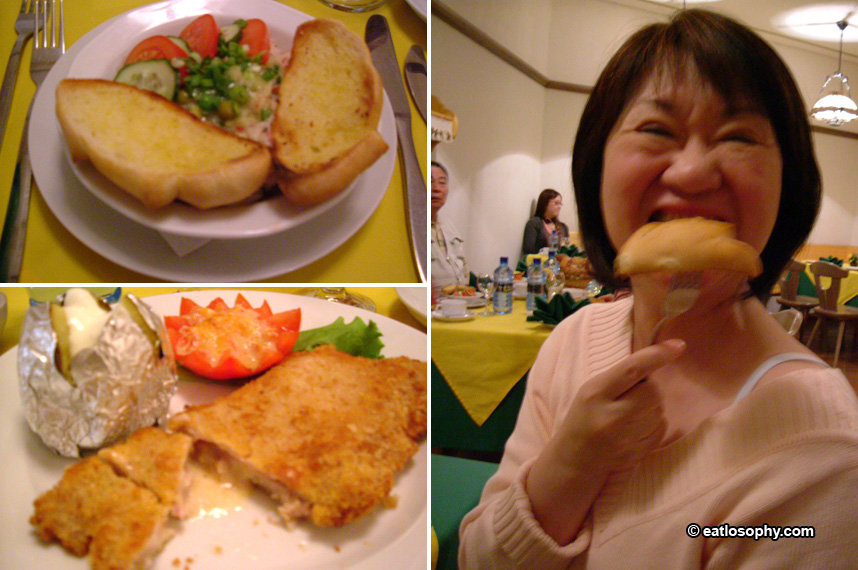 My mom is a vacation pro. She has souvenir t-shirt on her, Russian handmade craft on the table, and fresh flowers from the hotel. 😀 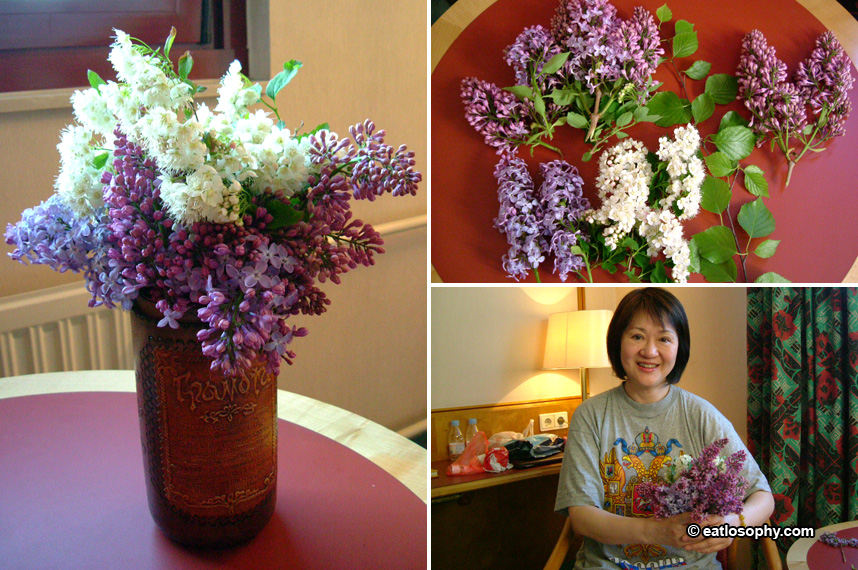